For a long time, I didn’t love Paris. I liked it, to be sure (how could I not? After all this blog has “Desserts” in its title, and Paris is home to the macaron, the pain au chocolat and countless other sweet treats). But I never felt the passion for this city that so many people describe.

That all changed in 2013, when I had a business trip to Germany and tacked on a day in Paris to visit a good friend who lived there at the time. It certainly didn’t hurt that I was coming from Berlin, where it was cold and rainy with temperatures in the 30s, and I arrived in Paris to absolutely perfect March weather, with brilliant sunshine and temperatures topping 60 degrees. But what really gave me a new appreciation for the city was seeing it through a local’s eyes, and visiting during a season when it wasn’t overrun with tourists.

I had been to Paris a couple of times previously, with my parents and on a high school French class trip, and had visited all the big monuments before, so I didn’t feel any obligation to wait in line at the Louvre or pay to go inside Notre Dame. Instead, my friend and simply strolled around the city, taking in the views and doing only that touristy stuff which we actually felt like doing. 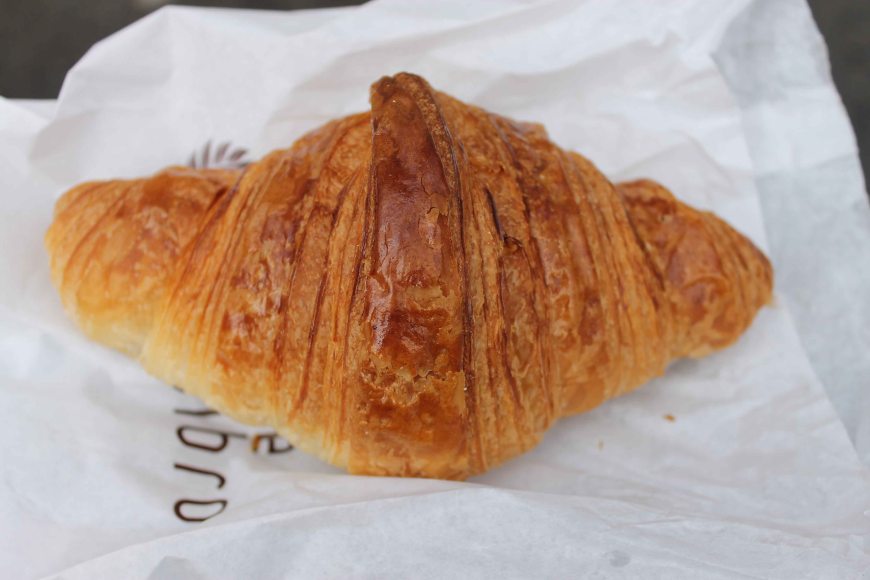 Wandered through a lovely farmer’s market in her neighborhood… 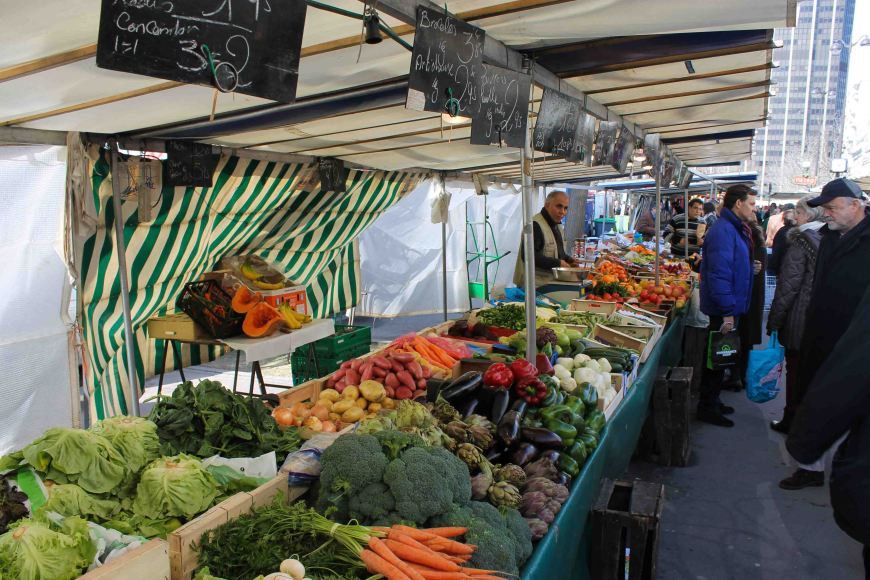 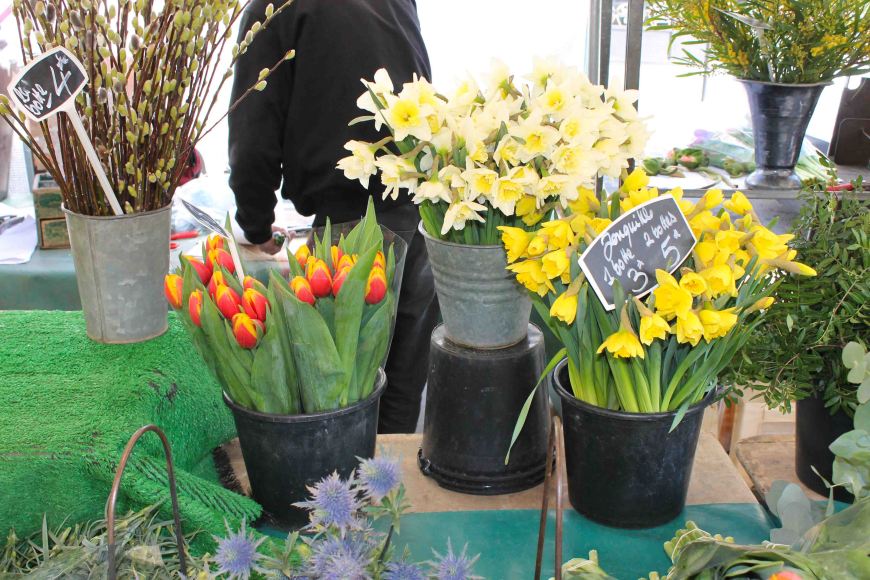 And then caught the metro into the heart of Paris and strolled through Jardin du Luxembourg and the adjacent Jardin Marco Polo, soaking up the sunshine. 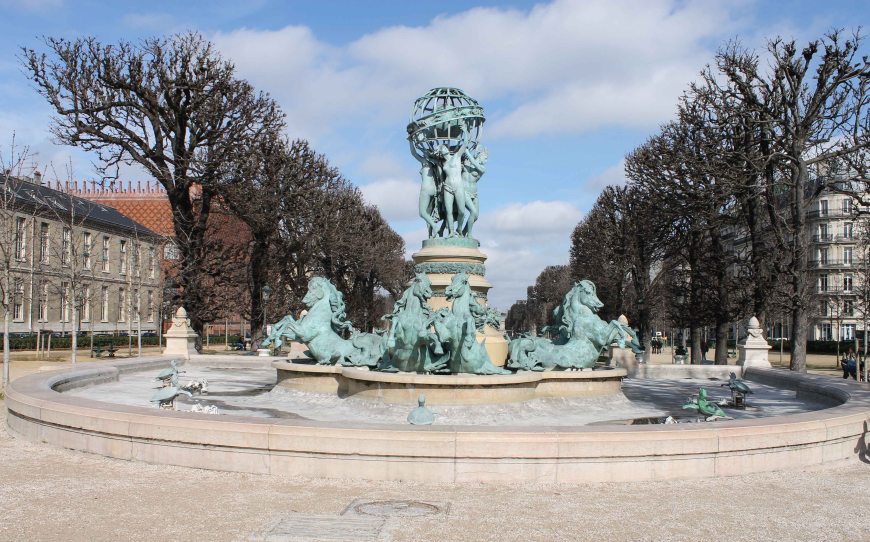 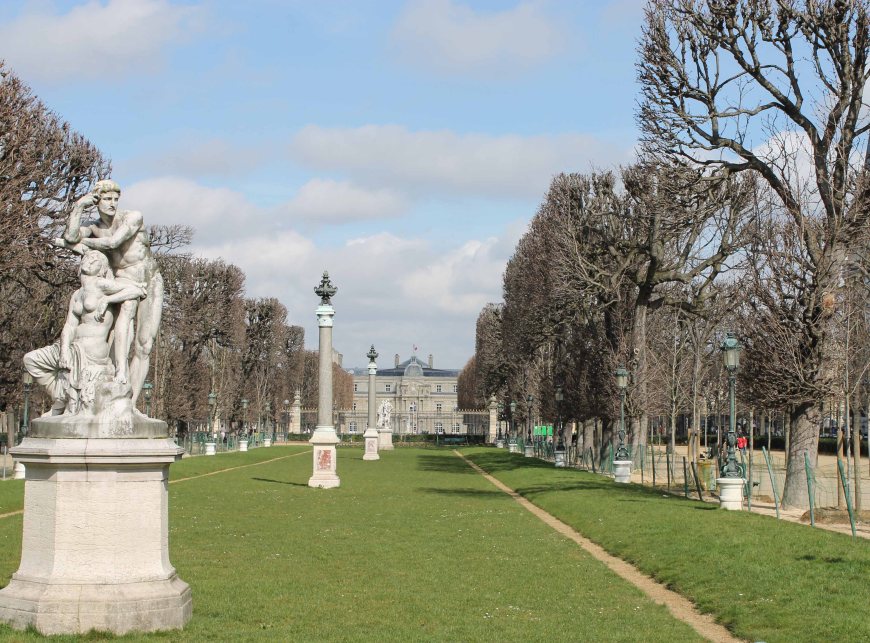 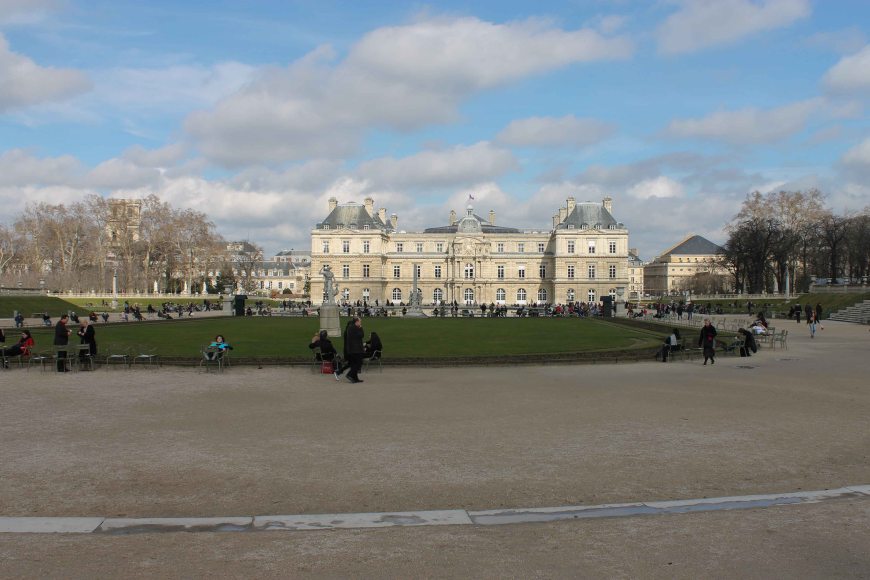 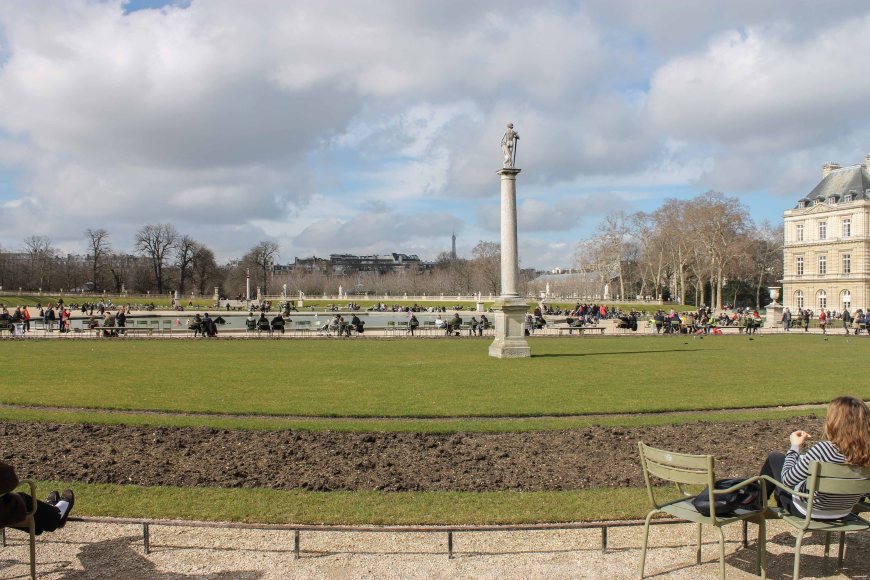 From there, we walked across the Seine, where we caught a glimpse of Notre Dame cathedral and the famous bateaux mouches (open air boats that cruise the Seine)… 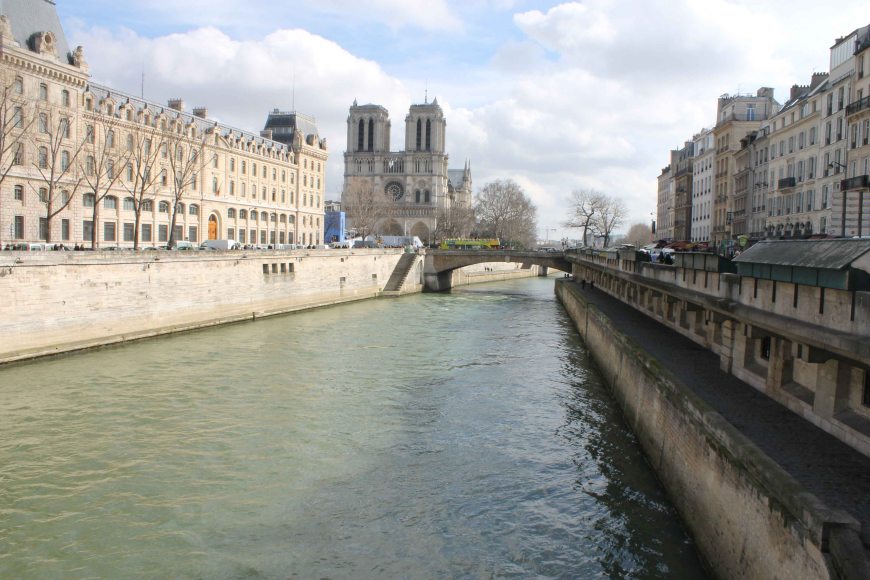 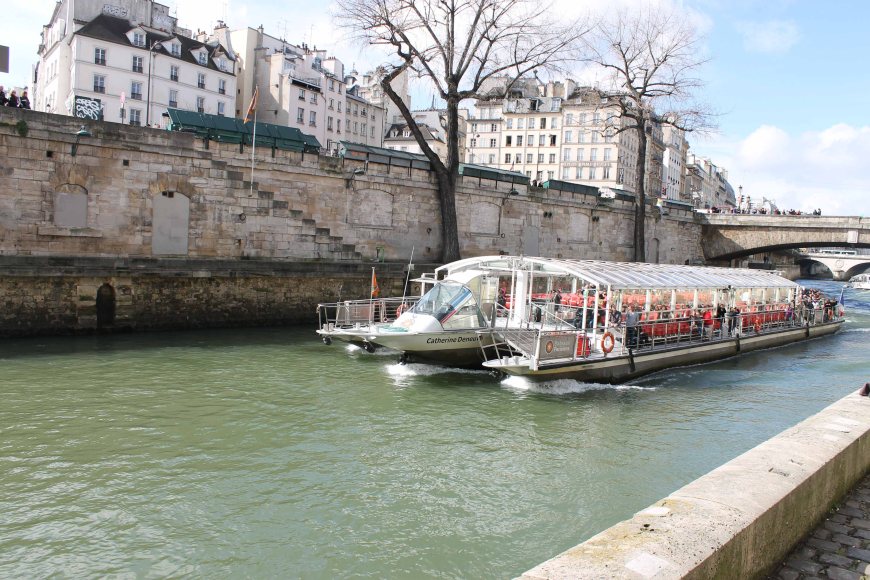 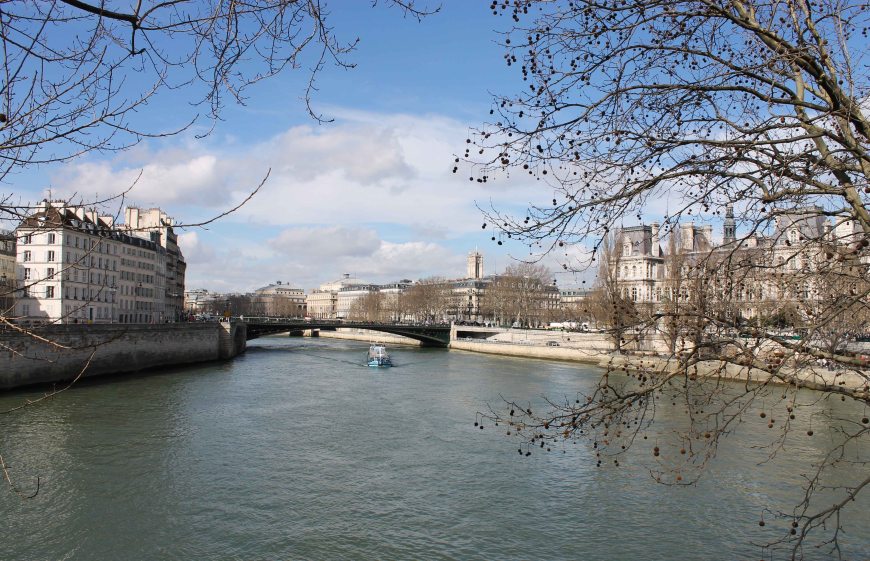 To the Le Marais neighborhood, which might just be the cutest corner of Paris I’ve seen yet, where we went to one of my friend’s favorite restaurants for lunch and then to her favorite gelato place for dessert. 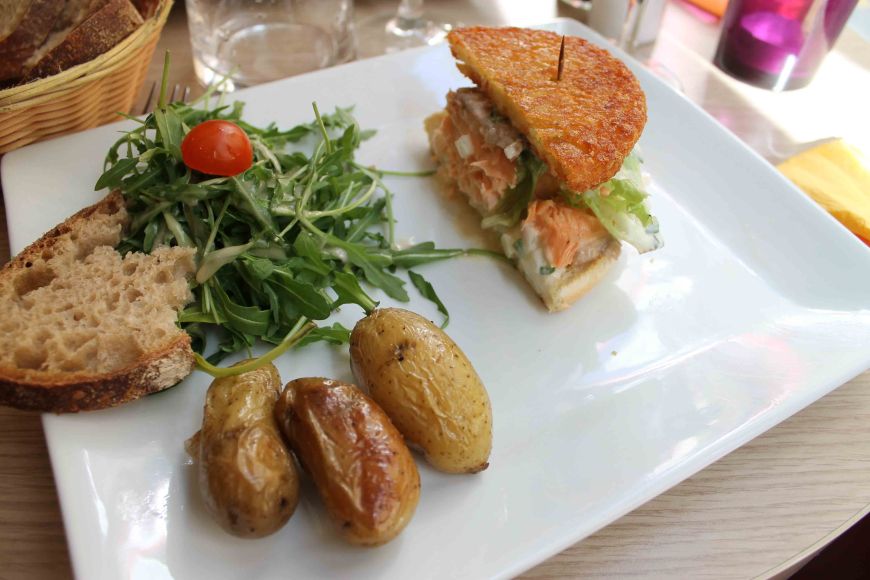 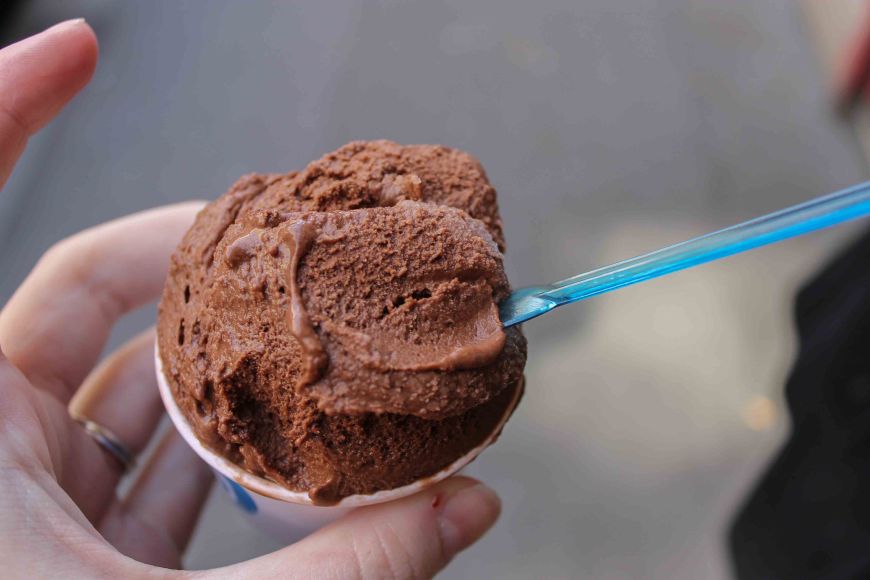 After lunch, we hopped on the metro and headed to the Place de la Concorde for a great view of that iconic Paris landmark, La Tour Eiffel. 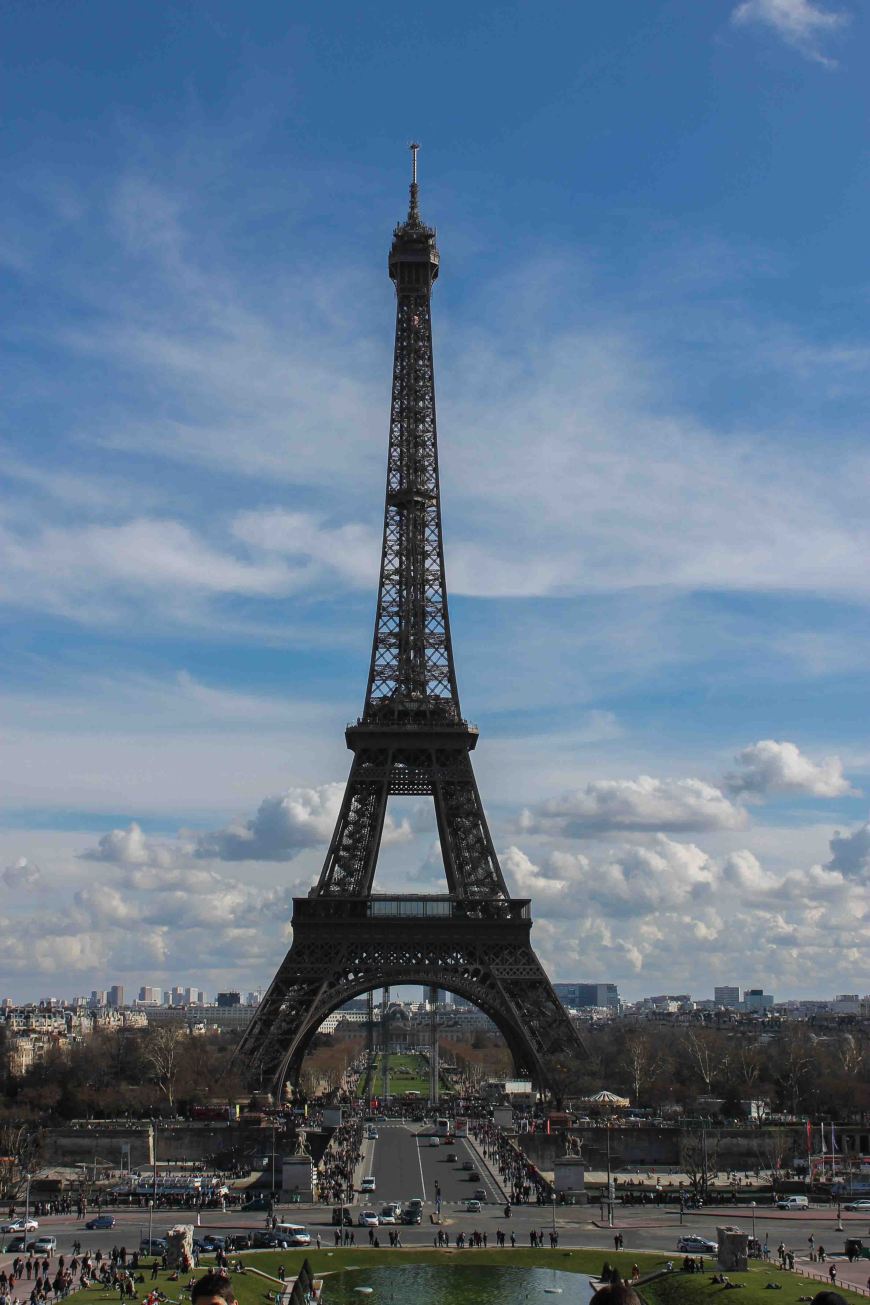 After that we jumped on the metro again for a quick ride (Paris has to have one of the best subway systems of any city I’ve visited) to the Montmarte neighborhood and the famous Sacré-Coeur. 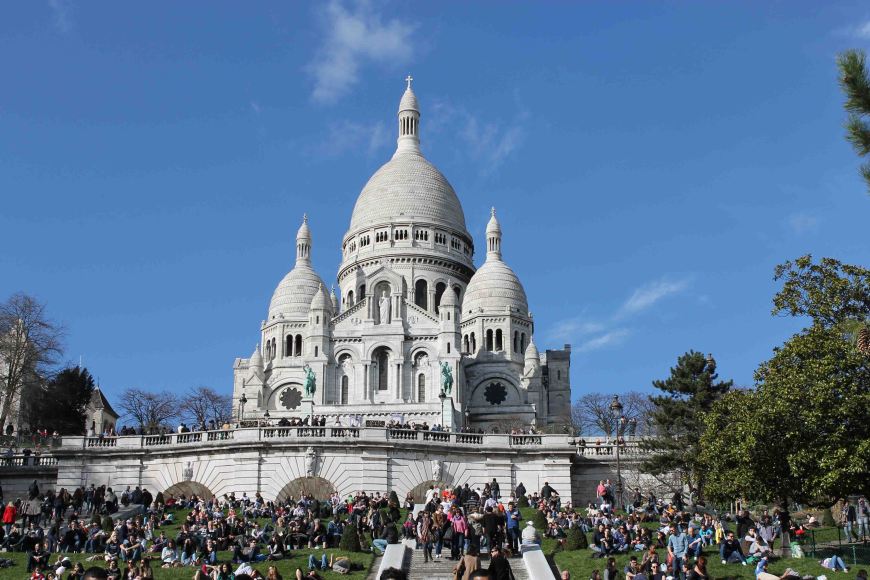 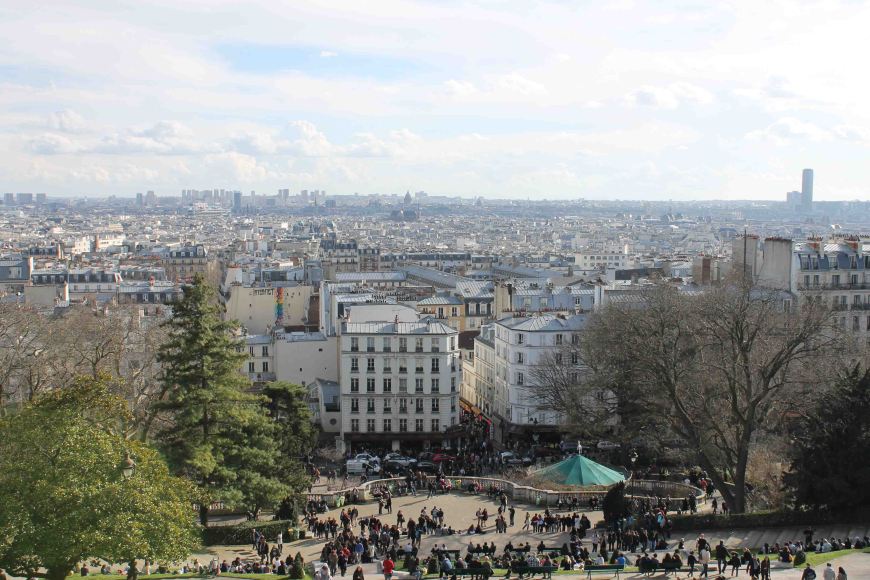 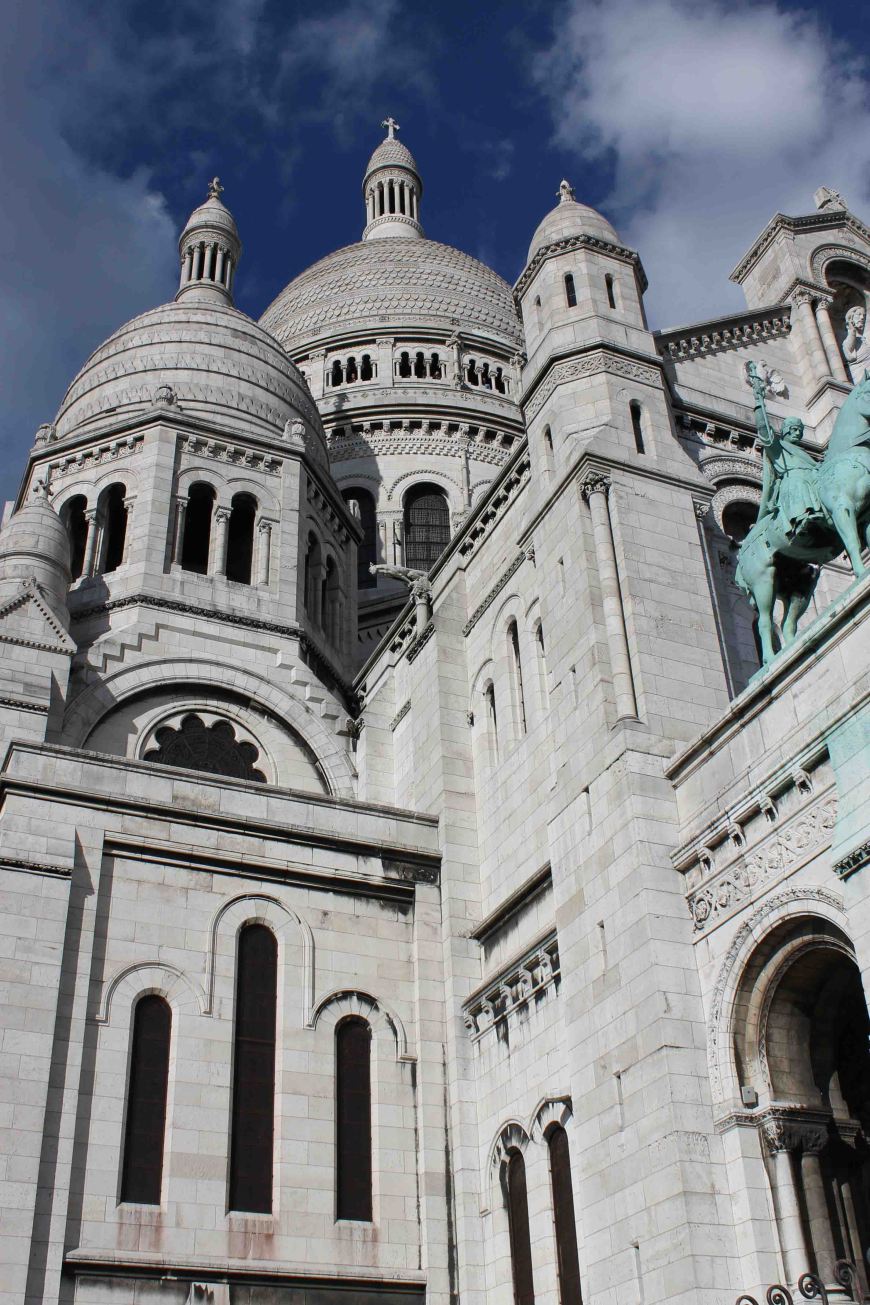 I had been to Sacré-Coeur before but had never been to the top, so we climbed the 300 steps and were rewarded with panoramic views of Paris and great close-ups of the Basilica’s spires. 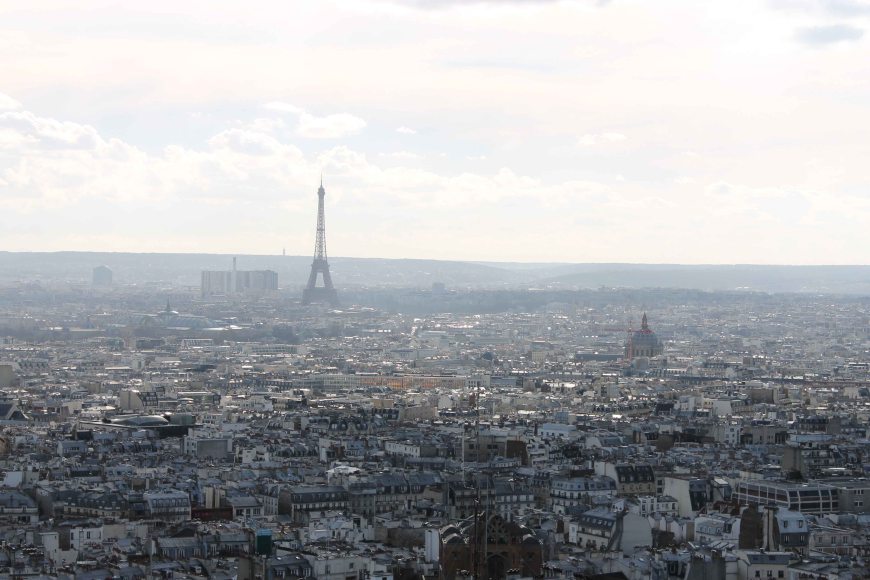 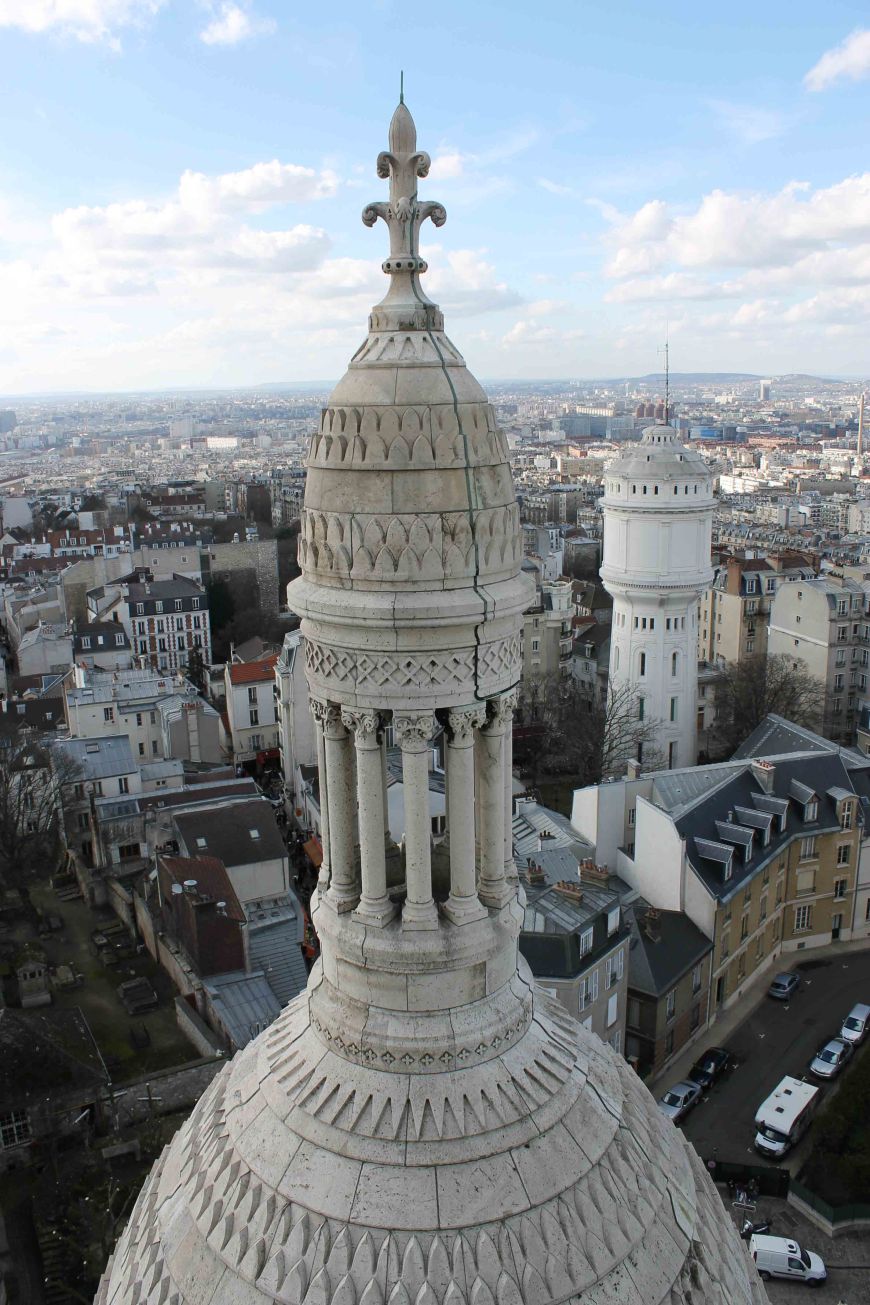 The day ended with a magical sunset over the Seine and Notre Dame and watching the bars and restaurants on the Left Bank come alive for the evening. 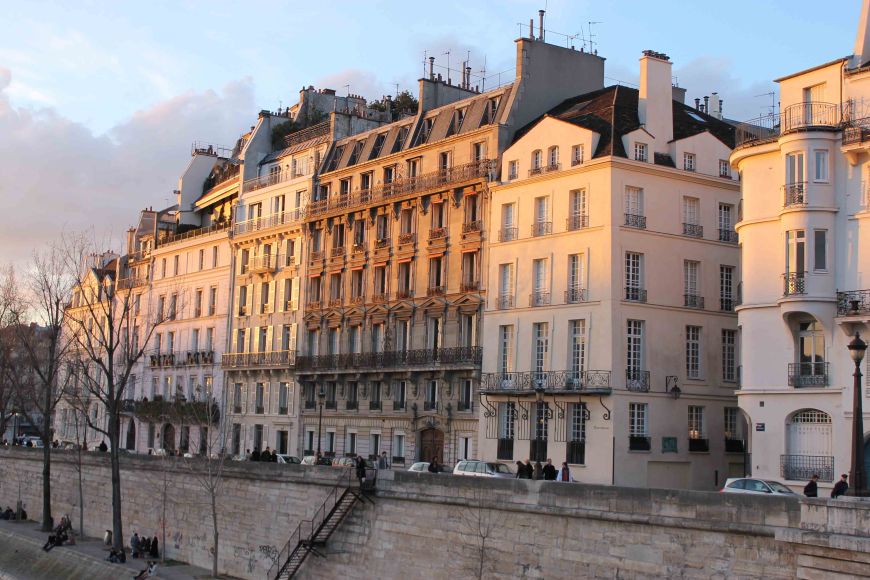 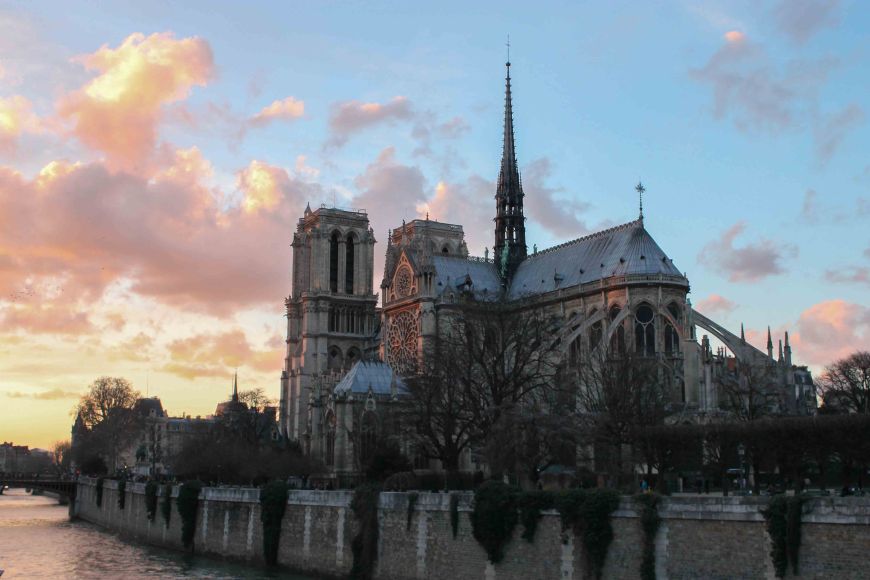 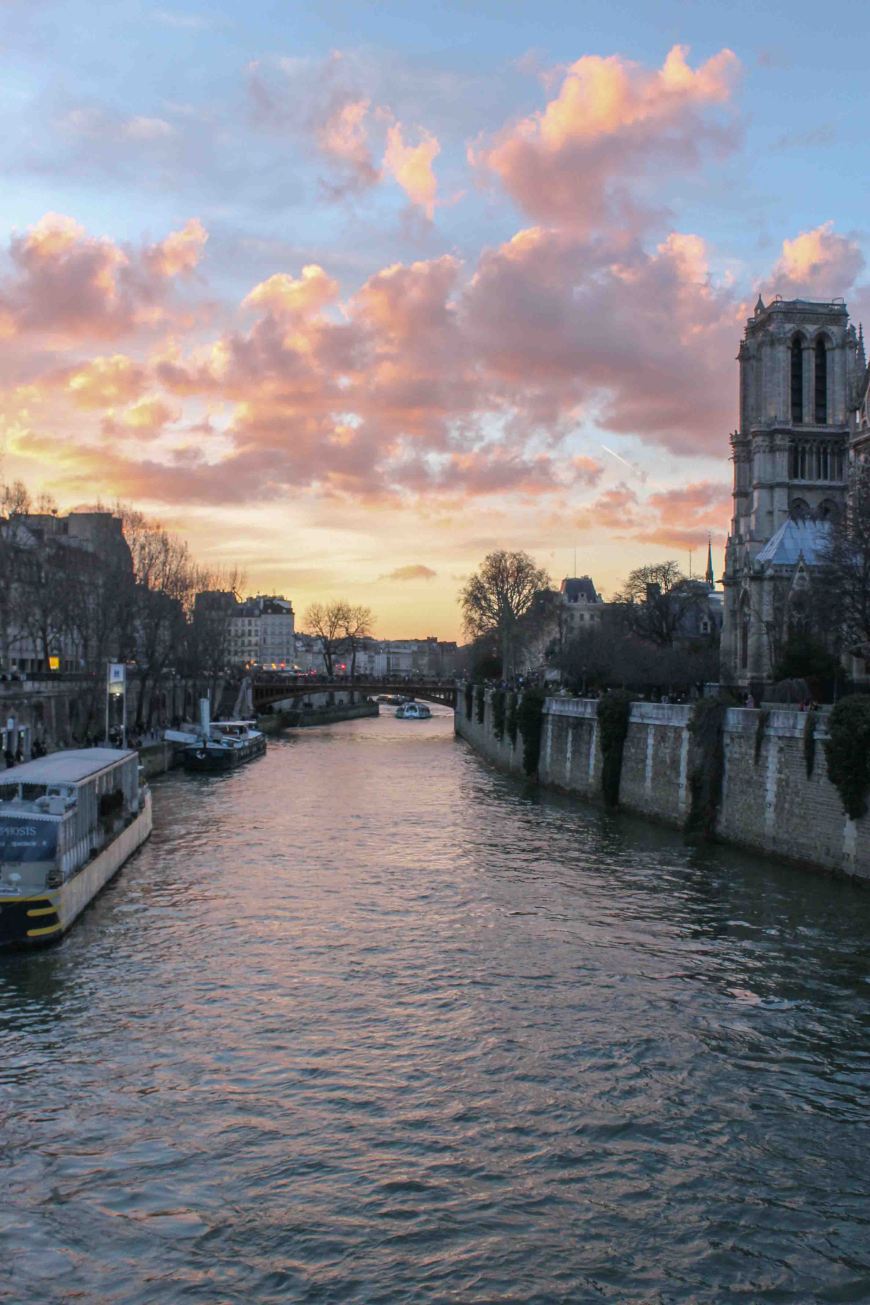 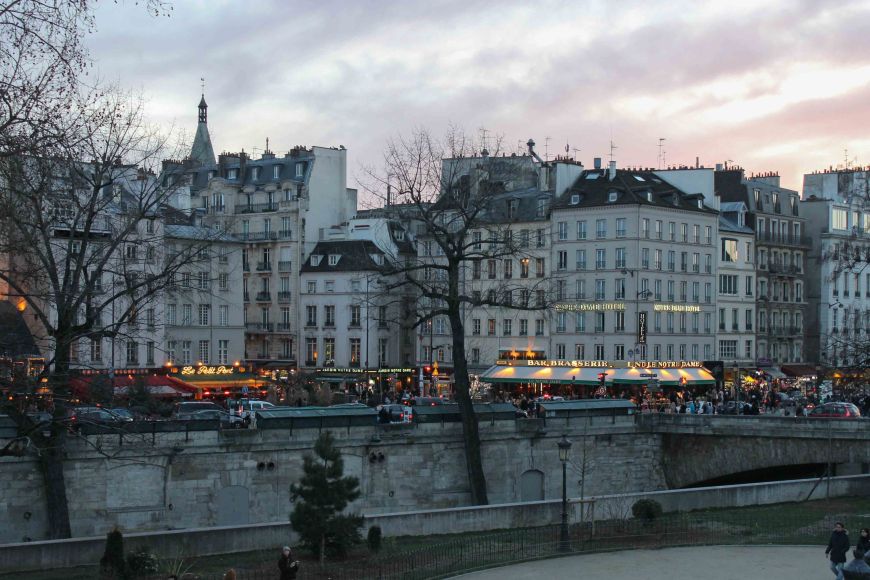 It was an absolutely lovely day that was the perfect mix of local life and tourism and it really left me with a new love for the City of Light.

If this were an advertisement for Paris, the story would end there. But I like to keep it real, so I have to admit that this wonderful day was marred somewhat by dinner. My friend had to work, so I went to the famous Cafe Deux Magots by myself. I thought the food was mediocre and overpriced and a very creepy man eye-effed me (pardon my, er, French but there’s really no other way to describe what he was doing) throughout my meal and then came over and actually sat down at my table across from me. Even though I told him (in both English and broken French) that I was married and that I had to work and that I wasn’t going to go anywhere with him, and then actually pulled out my Blackberry and started typing fake emails, he would not budge. And because this is France and not the US, the wait staff was very “Eh…n’est pas mon probleme that this woman is getting sexually harassed.” I still love you though, Paris.

3 thoughts on “A Perfect Spring Day in Paris”