For most of us living in the United States, going to another country for a day is hard to imagine. But in Europe it’s commonplace, thanks to an expansive train system and discount air carriers. When I found myself with a free day on a work trip to Stockholm, I decided to look up prices for plane flights to Helsinki, a place I’d never been and always wanted to visit. Low and behold, I found that I could fly there for not much more than I’ve spent on some Greyhound bus tickets, so I bought the flight and was off to Helsinki for about 10 hours on a short solo adventure! 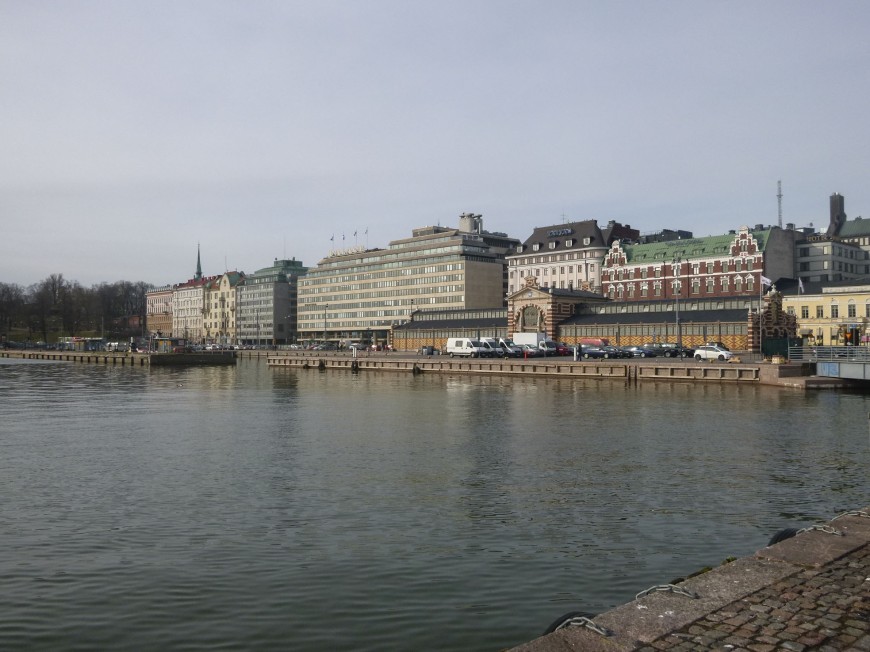 And an adventure it definitely was. I’ve traveled pretty widely within Scandinavia and was struck by how different Helsinki felt from cities like Stockholm, Oslo and Copenhagen. Finland was under Russian control in the 1800s and early 1900s (it declared itself independent in 1917), and even 100 years later, the Russian influence was evident in many places, from the architecture to Russian language street signs. 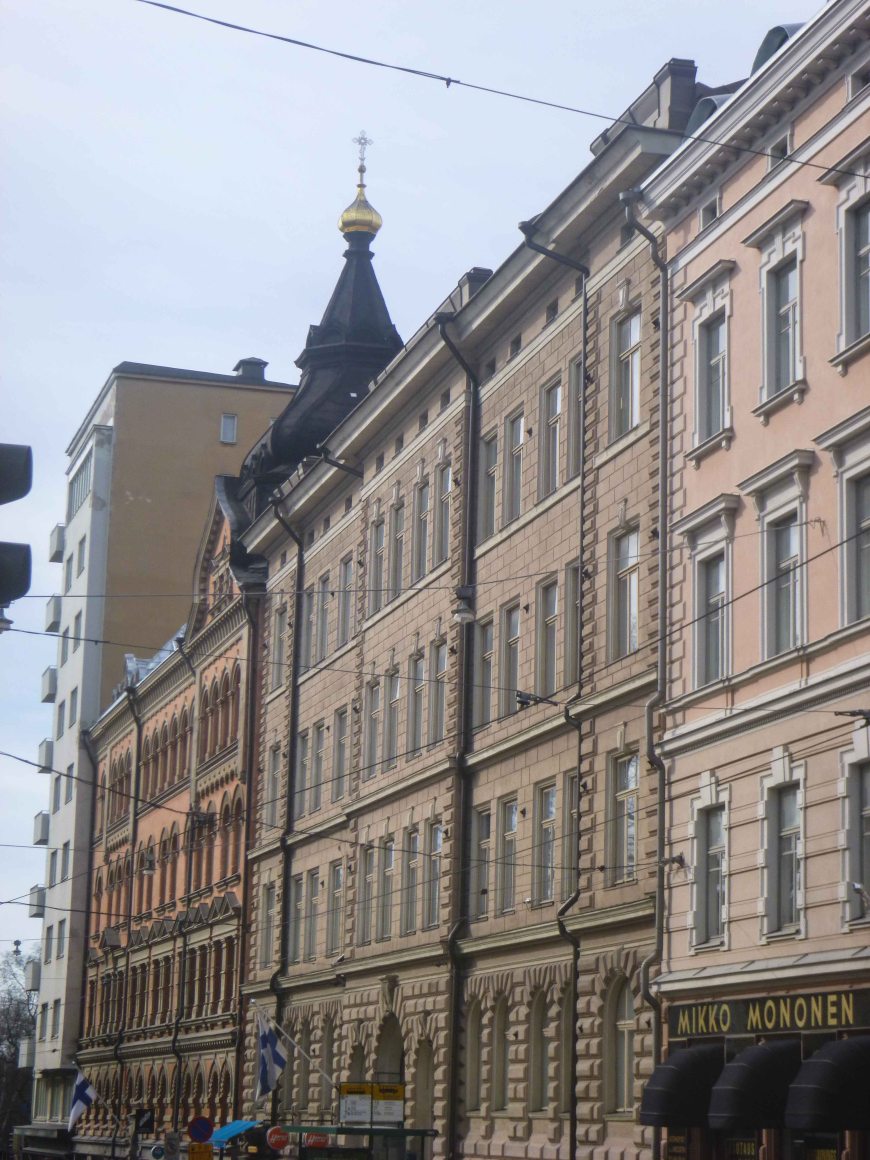 Helsinki’s public transit system is easy to navigate, and since I wasn’t burdened by luggage, I caught a bus from the airport to the city center and then walked to the harbor, passing through the lovely Esplanadi Park in the process. I was there in early April, which is still very much winter in Helsinki, and I’m sure this park is much busier in the summer. 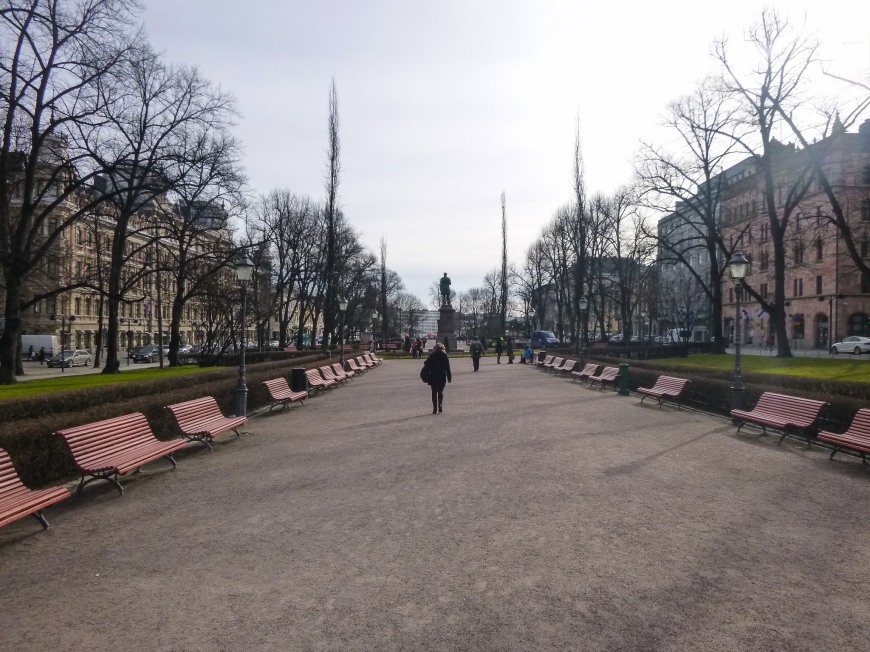 On my way to the waterfront, I passed one of Helsinki’s most famous attractions, the beautiful Uspenski (Russian Orthodox) Cathedral. It was so stunning in person, and I loved the beautiful gold onion domes. Unfortunately it was closed and I wasn’t able to go inside, but I spent quite a bit of time walking around and admiring the exterior from all angles. 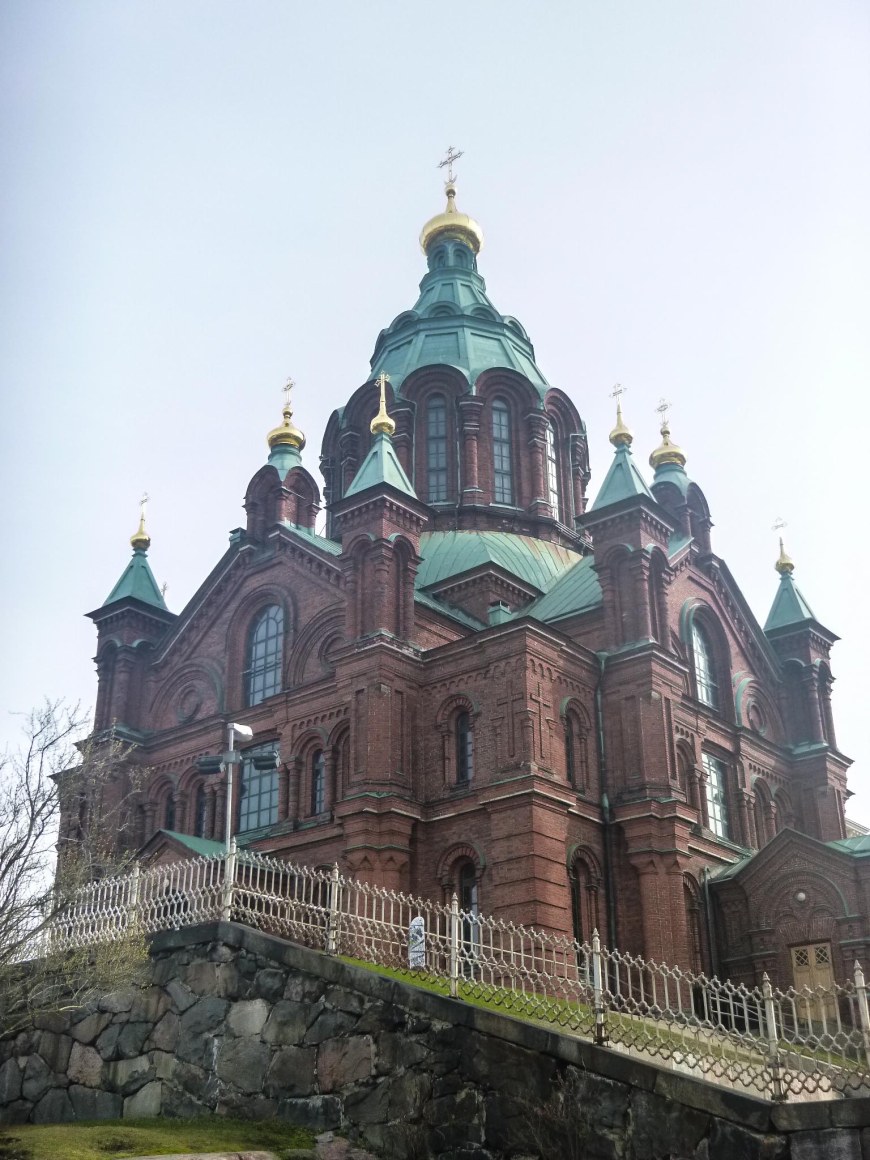 Helsinki’s main harbor is adjacent to a large area known as Market Square that (appropriately enough) had a small farmer’s market with various vendors, many of whom were from the Lapland region of Finland, selling fish and furs. There is also a more upscale indoor food hall, Old Market Hall (the reddish brown building in the photo below), where vendors were selling all sorts of gourmets cheeses, chocolates and flowers. It reminded me a lot of the Ferry Building market in San Francisco. 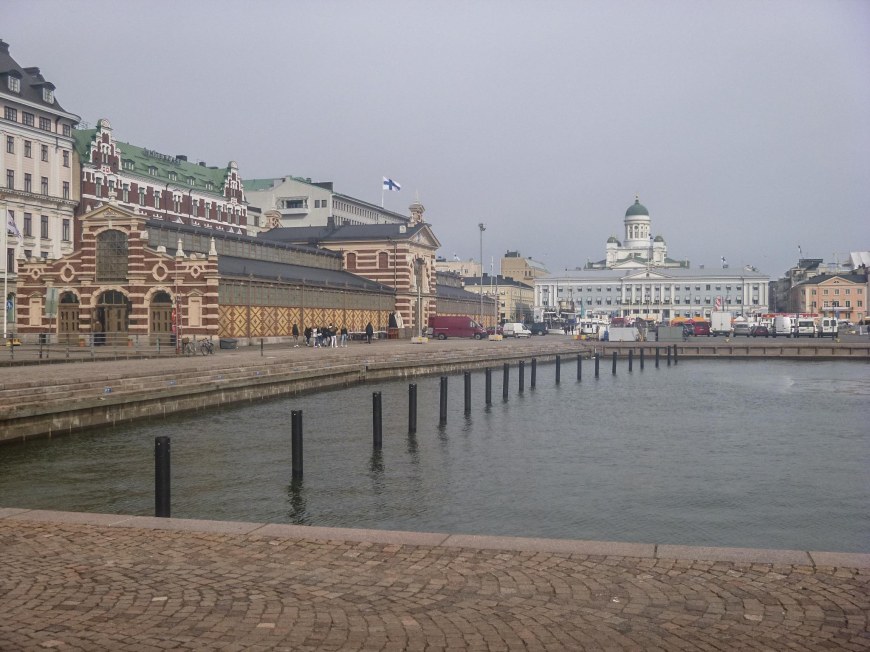 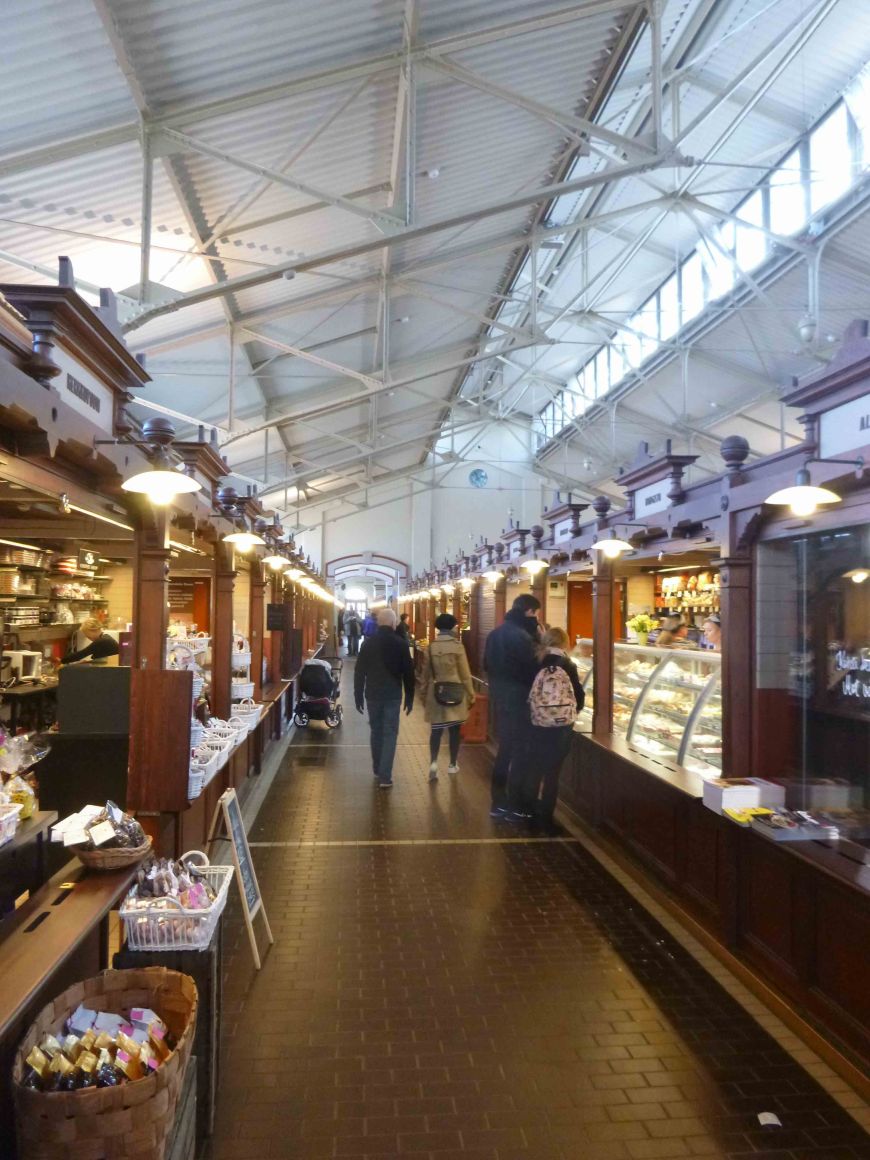 After exploring the markets a bit, I caught a ferry to Suomenlinna, a sea fortress built on an archipelago just off the coast of Finland (there was also a ferry to Tallinn, Estonia from this harbor, which I admit I was really tempted to get on, but I figured I had already country-hopped enough for one day). Sweden started building Suomenlinna when it controlled Finland, but didn’t finish the construction. The fortress was surrendered to Russia in the Finnish war that led to Russian gaining control of Finland, and they developed it further, adding military installations like cannons. Now that Finland is independent, it’s a UNESCO World Heritage site and a popular place for locals to picnic in nice weather. A visit to Suomenlinna is a great way to spend a few hours in Helsinki. There is no admission charge to the islands themselves, and the ferry only costs 5 euros or so round-trip, which is worth it for the views of Helsinki’s coastline alone. 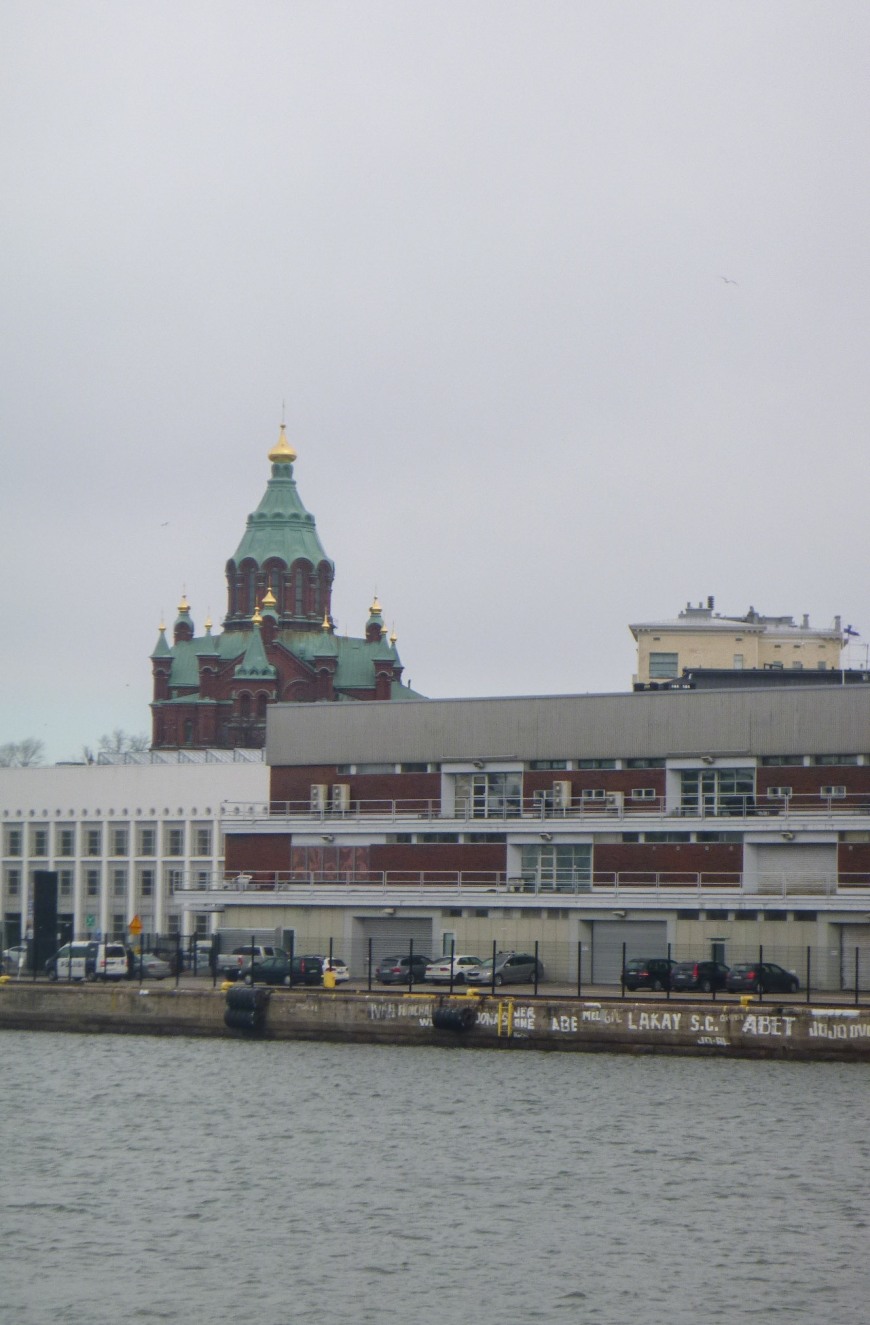 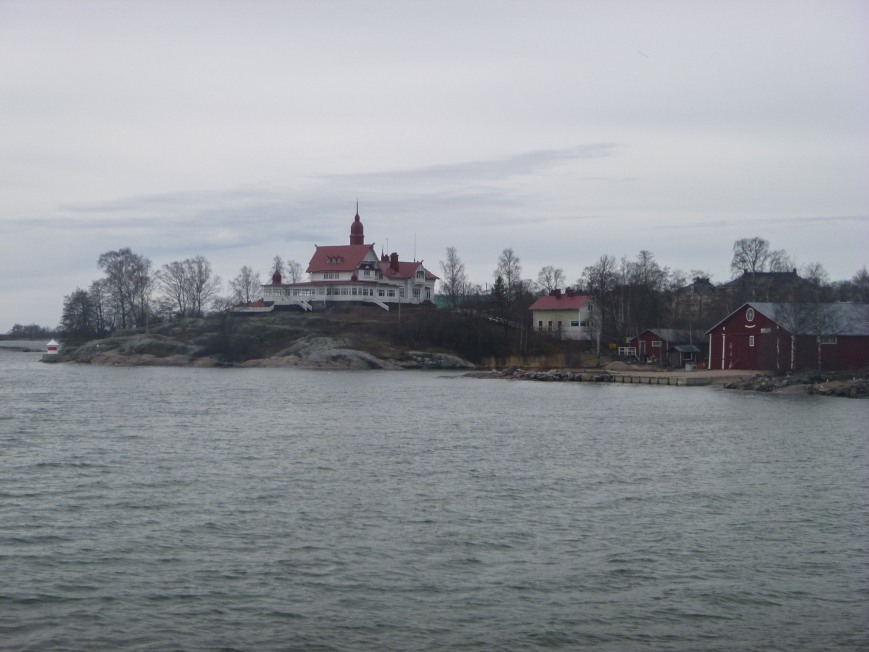 In general, I’m not that big on museums or history when traveling, but Suomenlinna was an exception to that. I found the whole place absolutely fascinating and could have stayed there all day. There are a number of museums and visitor exhibits, and a well-marked (approximately one mile one way) path that takes you past many of the major sights, with lovely views along the way. 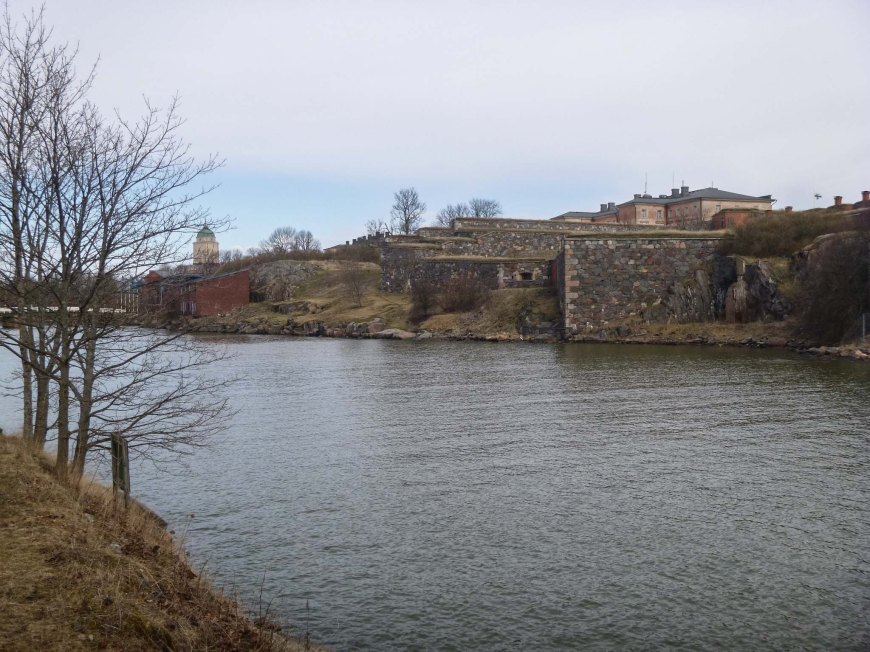 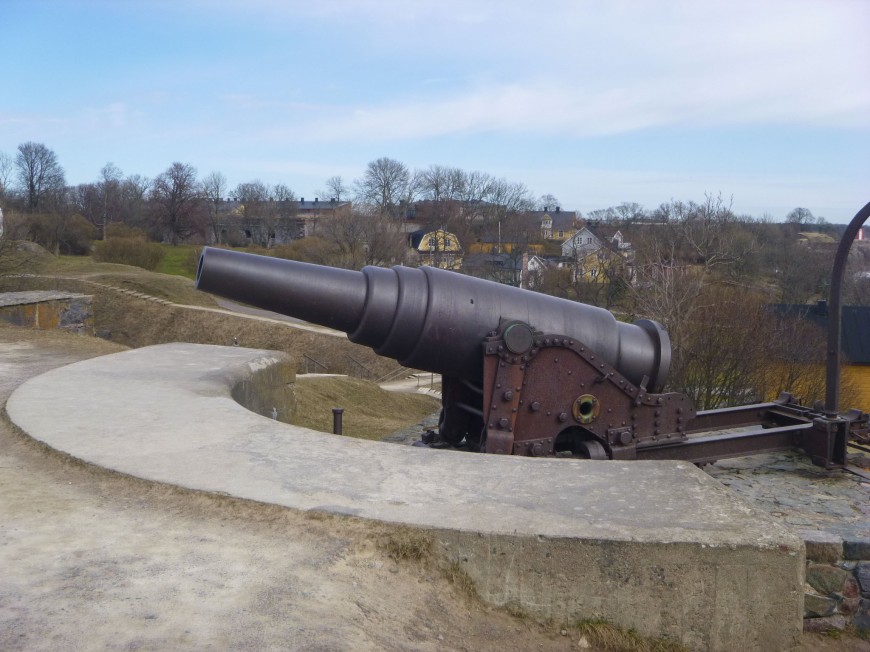 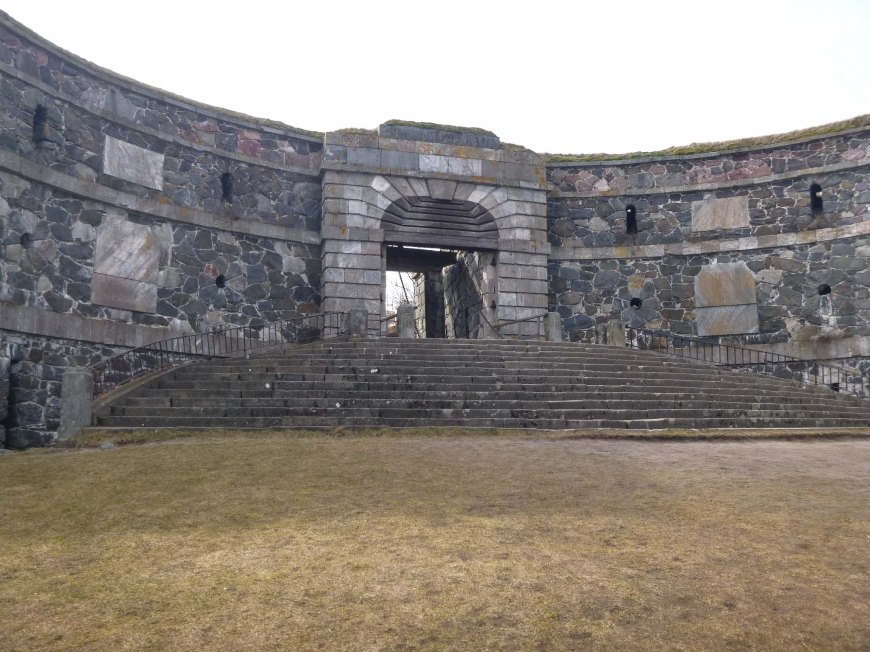 All that walking around at Suomenlinna meant that I had worked up an appetite, so when I returned to the mainland, I grabbed lunch from one of the vendors in Market Square. It was a pretty simple dish – Baltic salmon with lingonberries and fried vegetables – with no fancy seasoning or sauce, but it was so fresh and absolutely one of the tastiest meals I’ve had. 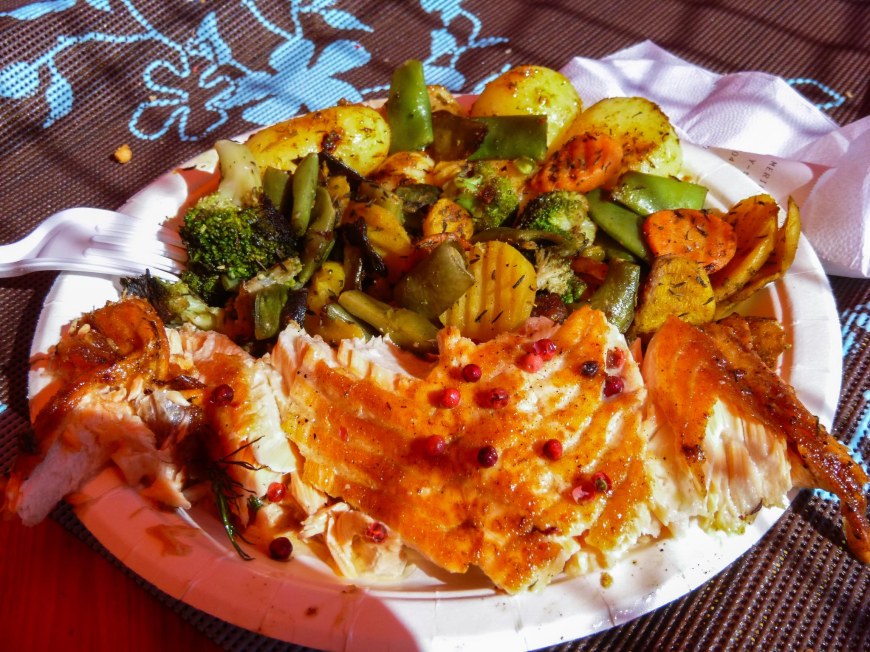 After lunch I bid farewell to the harbor area, and gradually made my way back towards the city center to catch my bus to the airport, stopping at Senate Square to admire the Lutheran Cathedral and some imposing looking government buildings. 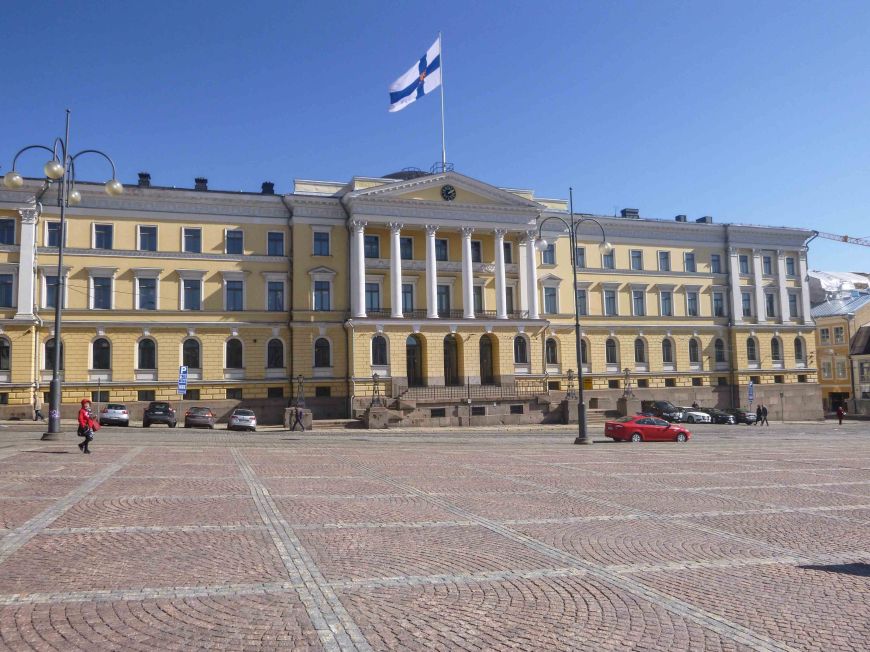 Just past Senate Square, I stumbled upon the Bank of Finland museum. I’ll admit I mostly went inside because it was free and I had some time to kill before I had to go back to the airport (and I was hoping to rest my feet for a bit – walking around a city all day is tiring!) but I actually found the exhibits here incredibly interesting. They had a special exhibit commemorating the 70th anniversary of the IMF, as well as permanent exhibits about the history of Finnish currency and the development and implementation of the Euro. It was really well done – especially for a free museum – and not nearly as dry as you might think a museum about the economy would be.

All told, I felt like I was able to get a good sense of Helsinki in a short amount of time (although I’d certainly love to go back to Finland some day and explore other areas of the country, especially the Lapland). I just wish I could jet off to another country for the day more often!

4 thoughts on “One Day in Helsinki”