I think of Maui, more than any other Hawaiian island, as having a little bit of everything: nice beaches with great snorkeling, dramatic volcanic scenery, and some surrounding islands to visit for the day. With so many options, it can be tough to figure out what to prioritize. Here are five things you can’t miss as a first time visitor:

1. Make the trek up to Haleakala National Park 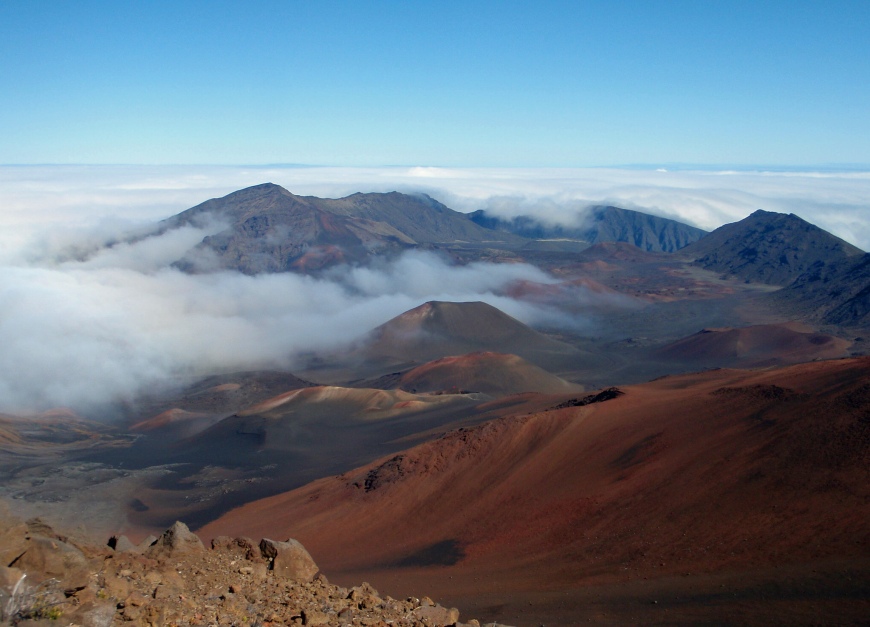 It’s no coincidence that this is first on my list; if you visit one attraction on Maui, this should be it. The most-visited area of the park is the summit area, which overlooks the impressive and beautiful Haleakala Crater. The summit is at just over 10,000 feet, so be prepared for conditions that are significantly windier and colder than at sea level. There are several trails to explore in the summit area, including the Sliding Sands trail, which descends into the crater.

Serious photographers may want to time their visit for sunrise or sunset, to catch the golden hour over the crater, but even in the middle of the day Haleakala is a beautiful site to behold.

Haleakala National Park is also home to the silversword, a once nearly extinct plant that is still found only at high elevations on Maui and the Big Island.

2. Take an excursion to Molokini Crater

This crescent-shaped volcanic crater a few miles off Maui’s coast is a renowned snorkeling and diving spot. How impressed you’ll be with the snorkeling here probably depends somewhat on how much you value proximity to the fish. The water here is significantly deeper than most coastal areas in Hawaii, and so you’ll be looking down on the fish more than you would if you snorkeled off a beach. The trade off for that, however, is very clear water and stunning coral arrays. And (probably thanks to tourists who feed them) the fish aren’t terribly shy and will occasionally swim up to you.

Most Molokini snorkeling tours also include a stop at “turtle town,” which isn’t really one specific place but is wherever the boat operators think you have the best chance of seeing turtles that day. The area we went to (Five Graves/Five Caves) is also accessible from shore, and frankly I probably would have enjoyed it a lot more without the boat crowds (several other, larger boats were in the area at the same time), but even a somewhat disappointing snorkel with sea turtles is still a lot of fun. 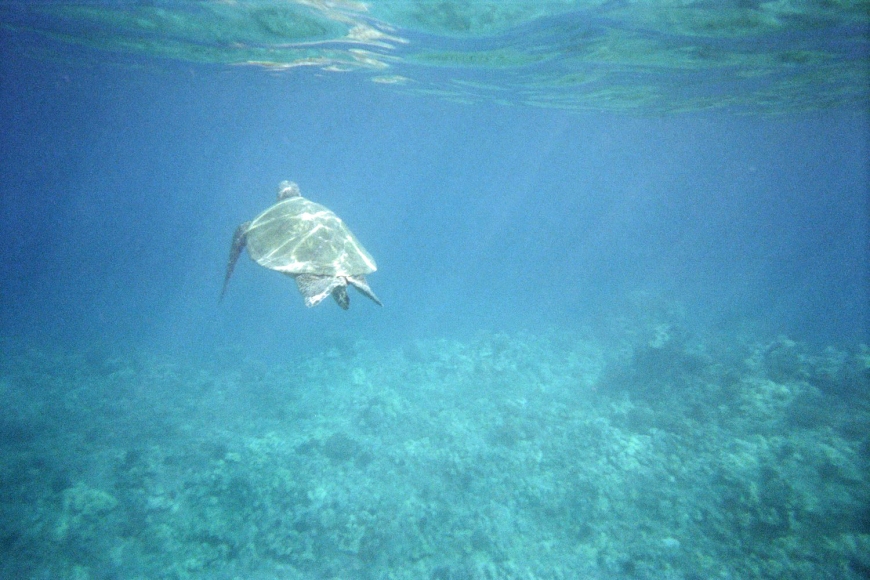 There are many operators that offer tours to Molokini; I went with Trilogy Excursions and highly recommend them. Their trips are on the smaller side (limited to 34 people on a spacious boat) and we took an early tour that beat most of the other boats to Molokini, moored at a prime spot on the reef and largely avoided the crowds. Even at the more crowded Turtle Town stop, I was grateful to be on a smaller boat and for the individual attention received from Trilogy staff.

The Hawaiian islands aren’t a place I typically think of as a foodie destination, with the possible exception of the city of Honolulu. But little ol’ Maui has, in Mama’s, what I firmly believe is one of the best restaurants in the United States. The menu is seafood-focused, all caught locally and served the same day (in many cases, the name of the fisherman who made the catch is printed on the menu). Their signature dish, the macadamia nut-crusted mahi mahi stuffed with lobster and crab, can’t be missed. The prices are expensive even by Hawaii standards, but I promise you a meal here is worth the damage to your wallet. Try to come around sunset; the restaurant has a lovely oceanfront location and the beach out front is a great place for a family photo shoot.

You don’t need much more than an hour or so to visit this park, but don’t let the fact that you can see it quickly fool you into thinking it’s not worth a visit. This is one of my favorite spots on Maui, a lush green corner of an island that is much better known for the stark desert landscapes of Haleakala. Make sure to take the short Iao Needle Lookout Trail to the overlook.

Even setting aside Molokini, Maui is widely regarded as having some of the best snorkeling in Hawaii. Although I’m personally partial to the Big Island (mainly due to one spot – Kahaluu Beach Park), there’s no denying that Maui has some excellent and easily accessible snorkeling. One of the best spots is Kaanapali Beach, and in particular, the area near Black Rock at the north end of the beach. (It’s also a popular cliff-jumping spot for the adventurous, but I prefer to enter the water more gradually.)

Island-hopping? Check out my previous posts about Kauai and the Big Island.