When I went to Berlin for work a few years ago, I opted to spend the weekend following my trip visiting a good friend in Paris, so I didn’t have much time to explore Berlin itself. My flight to France left in the early evening, so I spent my final day running all over the city, trying to hit as many of the big tourist attractions as I could with a day pass to the U-Bahn, Berlin’s subway, which – true to stereotype – was incredibly efficient. (A hop-on, hop-off bus is another good alternative for seeing a city very quickly, and in retrospect that might have been an even better option on this cold, gloomy day, since my poor toes got quite frozen with all the walking between subway stations.) 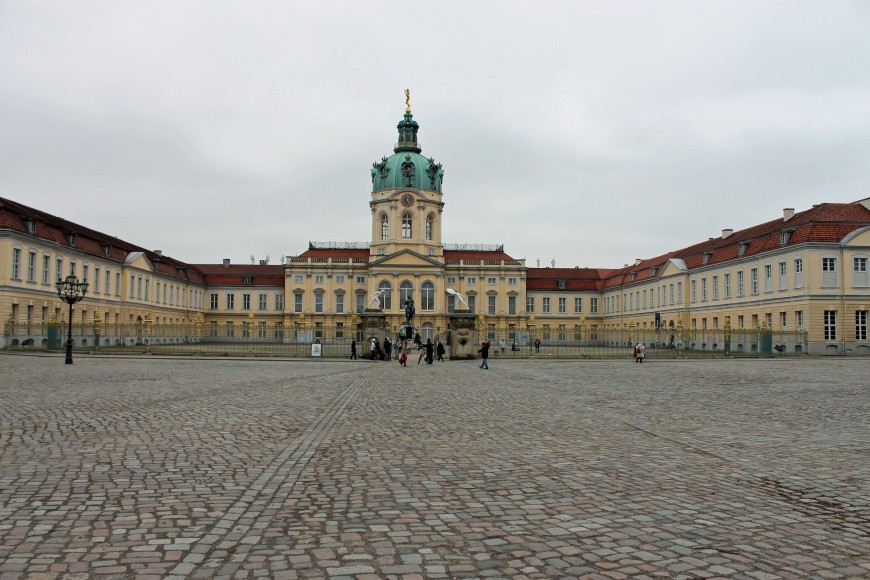 I started my day by heading to Schloss Charlottenburg (Charlottenburg Palace), one of Berlin’s most famous attractions. My walk here from the subway station took me through a beautiful neighborhood, filled with pastel-colored row houses and charming cobblestone streets. 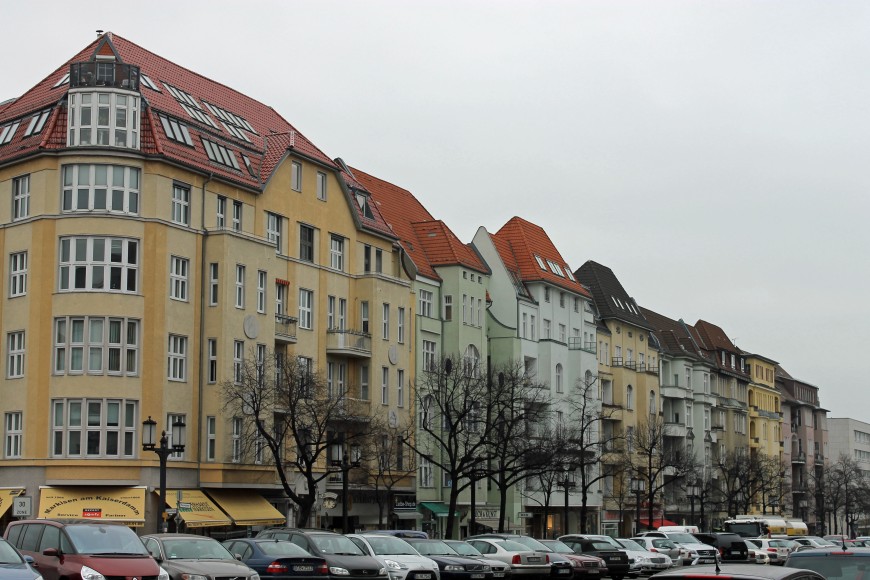 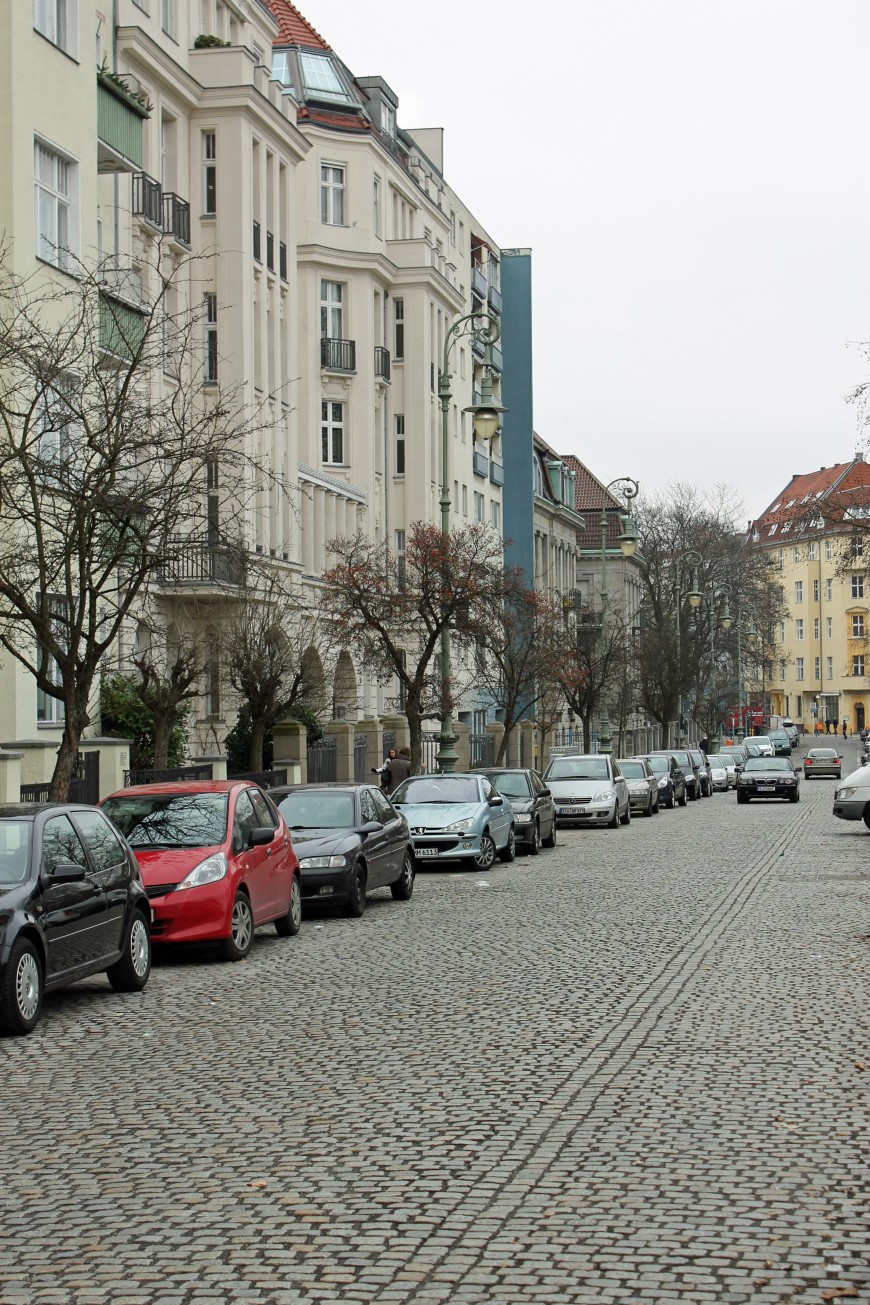 Built in 1699, as a summer home for Queen Sophia Charlotte of Prussia, the palace was severely damaged in World War II but has been meticulously restored. It’s really gorgeous and I’m sure I could have easily spent several hours exploring it and the surrounding gardens if I’d had more time. 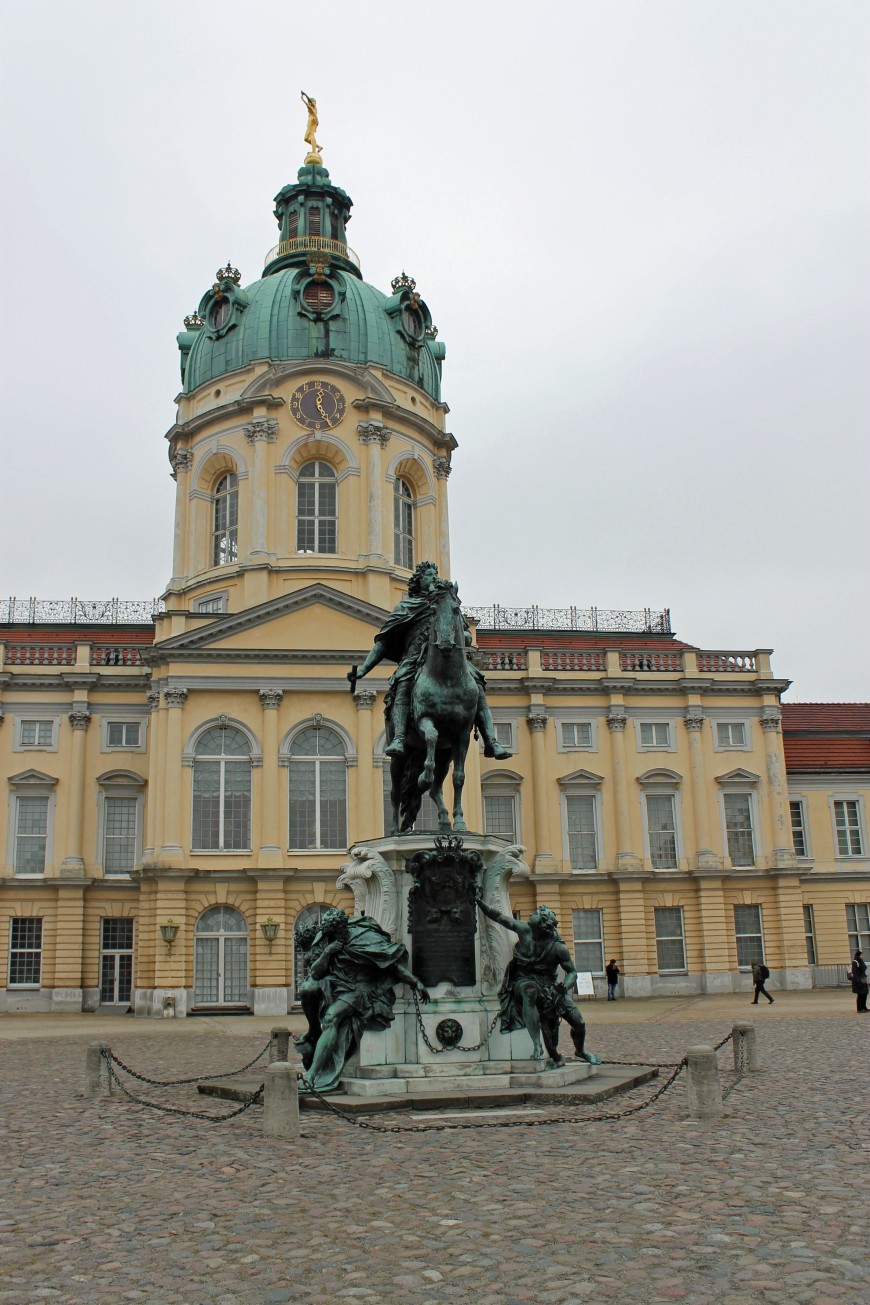 Alas, my time was limited, so I caught the U-Bahn to central Berlin to catch up with much more recent history. I started at Potsdamer Platz, where a plaque now marks where the Berlin Wall cut through the square. From there, it’s a short walk to a few sections of the Wall that are still standing, and to Checkpoint Charlie, the famous Wall crossing point that was the site of a stand-off between Soviet and American tanks during the Berlin Crisis of 1961. The same neighborhood is also home to the Topography of Terror, a Holocaust museum built on the site of the former Gestapo and SS headquarters. Since it was free I went through it quickly, and although it was obviously deeply disturbing and hard to view, I thought the museum was very well put together and I would highly recommend it, even to those who are short on time.

I can’t say the same thing about Checkpoint Charlie, which is one of the more gimmicky museums I’ve been to, complete with actors dressed up as American soldiers that you can pose with for a fee. I thought the whole thing was pretty silly, especially since the guard house and “You are leaving the American sector” sign are not the originals but just replicas built for display purposes, but it’s one of those places that you feel like you have to see.

I got back on the U-Bahn and headed to Brandenburg Gate, the iconic Berlin landmark that has been home to many famous speeches and protests throughout history. Brandenburg Gate is just around the corner from the Reichstag Building, home to the German Parliament. You can tour the inside, but it has to be arranged well in advance, so it’s something I’ll have to put on my list for next time. I enjoyed walking around the exterior though.

And of course, I found time to indulge in the local delicacies, especially wiener schnitzel, my favorite German dish.

Berlin is definitely a place I’d love to return to someday and see more thoroughly, but I’m glad I was able to fit in at least a brief introduction to the city.