I’ve confessed before to not being much of a history buff, preferring to eat and photograph my way through cities instead, so I was surprised by how awestruck I was by the Colosseum and other ancient Roman sites we visited. I’m not sure if it was the sheer grandeur of it all (seriously, photos do not convey how big the Colosseum is) or the fact that I had done a little pre-trip reading about the Roman Empire, but I was totally captivated here in a way I was not at the Parthenon in Greece.

The guidebooks all tell you to buy Colosseum tickets in advance online, and I will too. With our tickets in hand, we breezed past long lines and right into the Colosseum. The whole process – including going through a metal detector – took less than five minutes. If you do forget to buy tickets ahead of time, the line is usually shorter at Palatine Hill/the Roman Forum and one ticket will get you into both venues. Once inside, you can walk around two different levels of the amphitheater and look down on the recently excavated underground passages where gladiators and animals waited before fights (you can’t go down there without a guided tour, but you can see it pretty well from above). 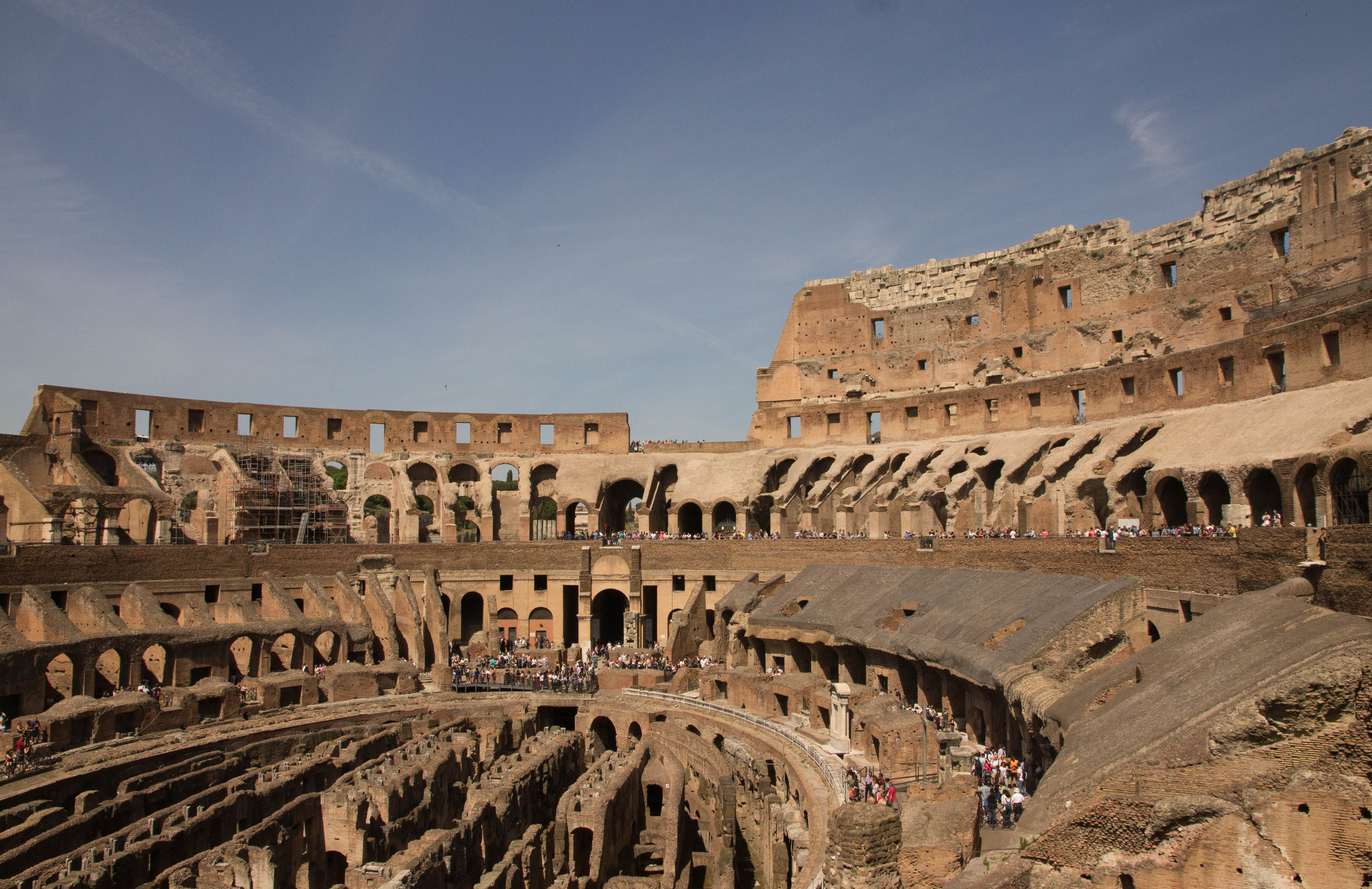 On the upper floors, there are some museum-like displays (included with general admission) and also arches from which you can stick your head out and catch a peek of nearby sights like the Arch of Constantine. 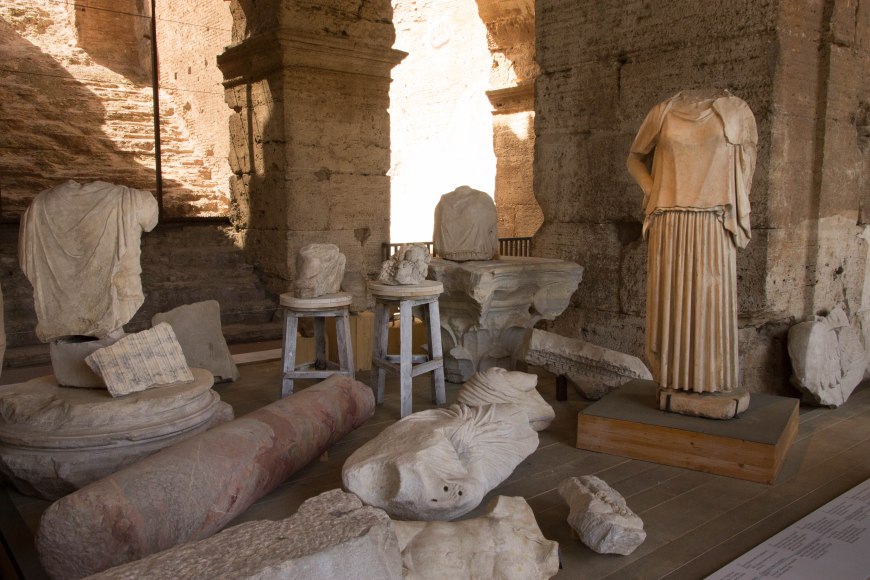 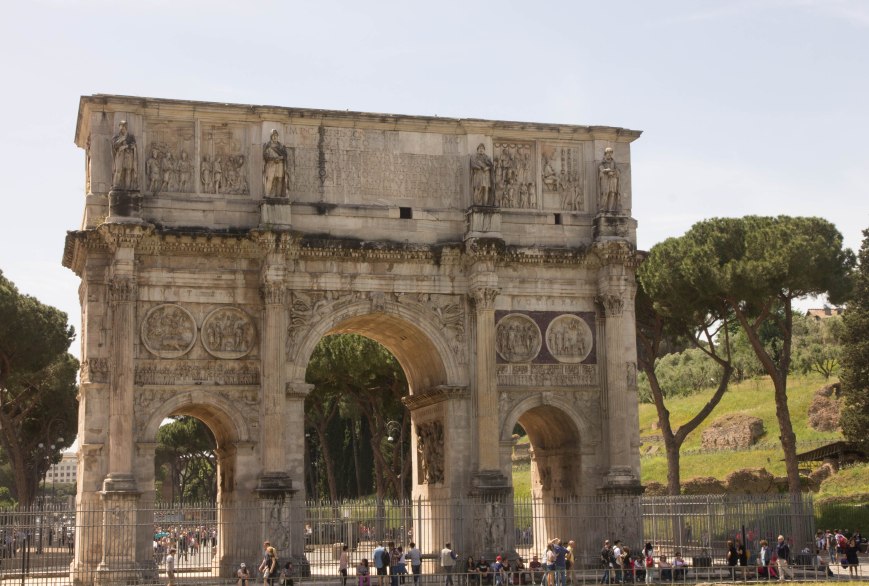 From the Colosseum, we headed over to Palatine Hill. A visit here is worth it for no other reason than the views of the Colosseum, but it’s also interesting to see the ruins of the emperors’ palaces that are found here. Some of them include areas that are still recognizable as what they were, such as the Stadium of Domitian. 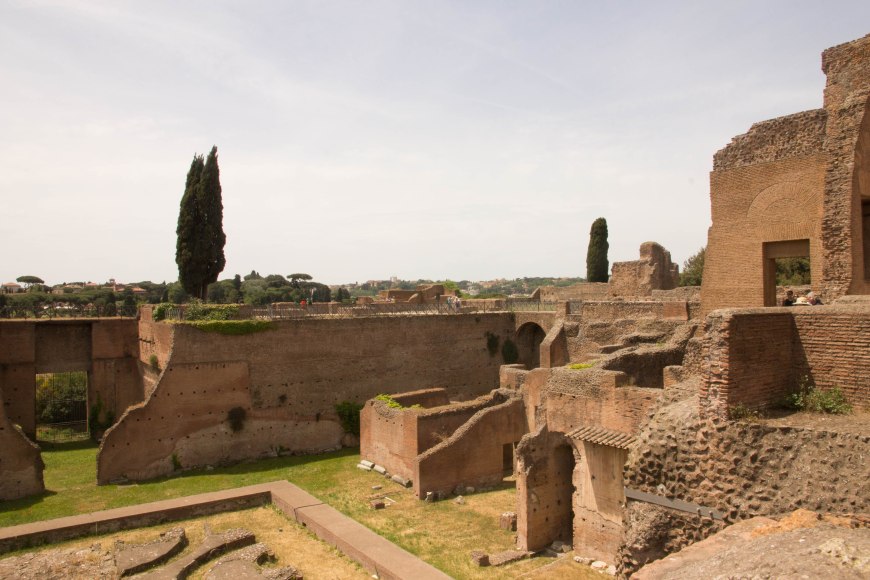 Palatine Hill overlooks the Roman Forum, which was the economic and political center of ancient Rome. Today the area is home to the ruins of many important temples and government buildings, including the original Senate House. There isn’t too much information on-site here, so I would definitely recommend an audio guide or detailed guidebook.

You can easily see the Colosseum, Palatine Hill and the Roman Forum in less than a full day (I’d say we spent 5-6 hours there total) but I would recommend going back for another visit around dusk if you can. Not only is this a great time for photography, it’s also really nice to see the area without the massive crowds that are there during the day. The Colosseum is very easily reached on Rome’s metro system (you get out of the subway and it’s right there) and after sunset the arches are lit up beautifully. 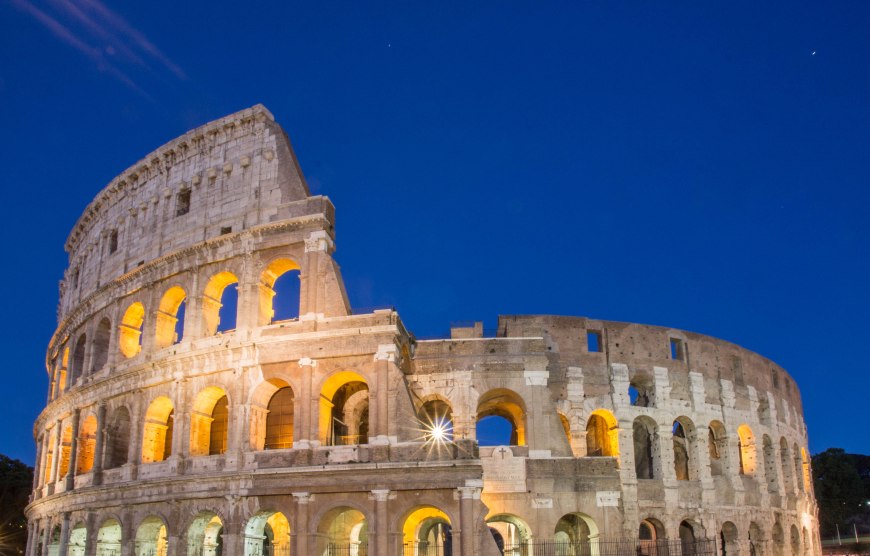 4 thoughts on “Going Back in Time to Ancient Rome”